For the bottom 3.5 billion people, 116 times the population of Malaysia, things are not looking very peachy this year. 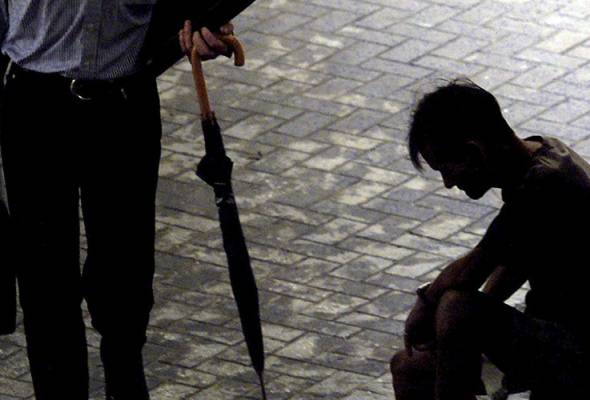 “IT was the best of times, it was the worst of times.”

At least for the 62 richest individuals, it is indeed a time to ‘rejoice’ as Oxfam has recently announced that the wealth of the 0.000088% is now equivalent to that of the ‘Bottom 50%’ of the world’s population.

For the bottom 3.5 billion people, 116 times the population of Malaysia, things are not looking very peachy this year.

The extremely volatile and grimly low oil prices have become a major threat to the global economy.


World Economic Forum founder Klaus Schwab warns of the effects of low oil prices on oil-producing African nations and other countries which heavily depend on oil revenue.


Chances are, according to analysts contacted by Astro AWANI, cash-strapped governments will cut allocations for education and health.

'Petrodollar', a term made famous again in the late 2000’s propelled by Russia and Venezuela’s generous income from the USD100 per barrel export of black gold, a source for these governments to build and spend, is now very hard to come by.

Putrajaya recently announced that it will revise the 2016 budget, which was initially based on oil prices of USD48 per barrel.

It has also calculated that for every USD1 drop in oil prices, the government will have to forgo RM300 million from its revenue. How will this impact the ‘Bottom 40%’ of the population? We shall have to wait until January 28th.

Besides Malaysia, Venezuela is struggling, Russia is in a dire state, Saudi Arabia is conjuring up unprecedented measures to support its titanic spending.

The most-talked about news last week has got to be the plan to list Saudi’s oil company, Aramco.

Oh, how the mighty have fallen! Let’s just hope the effects of Iran’s re-entry into the oil market on prices have really been factored in.

China today confirms analysts’ projections of a lower growth. At 6.9% for 2015, the world’s second largest economy is now asserting developing economies’ greatest fear. Slow demand for goods and commodities which will lead to low currencies, which will subsequently lead to low production and low employment.

Can I make a prediction/projection that 'layoff' will be one of the most searched keywords on Google for 2016?


Inequality is now the ‘elephant in the room’ that people can no longer ignore. Can they actually make the creature leave the room? Or will they give in and try to live together with the ‘elephant’, and continue to ignore each other?


The Haves will justify that the ‘elephant’ is a by-product of innovation, knowledge, progress and that it should not be halted. The voices and dissatisfactions of the Have-Nots will be drowned out in the noises of politics, cultural and trivial matters. As Bill Gross aptly puts it, “It’s a wonderful life for the 1% and a Xanax existence for the remaining 99%”.

So will all be bleak in 2016? An optimist will look at the positives driven by the recovering US economy, and a pessimist will press on the weak Chinese economic data and free falling commodity prices.

An opportunist will make the best out of every situation in 2016.

May I suggest that we address inequality before we push the ‘Bottom 50%’ of the world’s population into the ‘ultra poor’ category?

May I suggest that we stop the 'Top 1%' from making rhetorical statements (trickle-down effect? yeah, sure), and actually find solutions to address inequality?

May I also suggest that we democratize innovation and knowledge, to give the ‘Bottom 50%’ a chance to make it this year?

Oxfam. An Economy for the 1%:How privilege and power in the economy drive extreme inequality and how this can be stopped. Oxfam, 2016.