The next World Economic Forum on ASEAN will be hosted by Cambodia in 2017. The World Economic Forum on ASEAN 2016 has officially concluded, with the closing speech delivered by the leader of Cambodia, which will be the host country for the next WEF ASEAN in 2017.

In his speech, Prime Minister Hun Sen announced that Cambodia is striving to become a high-income nation by year 2050.

This year’s WEF on ASEAN, which commenced yesterday, showcased talks and discussions on various aspects of the region’s development.

Despite Malaysia's manufacturing output falling to its sharpest rate of decline over three-and-a-half years due to poor market conditions and a fall in demand, MITI Minister Datuk Seri Mustapa Mohamed is optimistic that the sector will soon recover.

'Why robotic tech alone is not enough'

On the sidelines of the WEF on ASEAN 2016, International Trade and Industry Minister II, Datuk Seri Ong Ka Chuan explains why ASEAN SMEs should beef up their R&D efforts in order to ramp up their revenues.

Round table discussion on 'Unity in Diversity'

The Trans-Pacific Partnership Agreement will not undermine the importance of ASEAN but will strengthen it instead.

He stressed that the TPPA will no way weaken the potential of ASEAN.

Why ASEAN should boost economic ties with India

ASEAN countries should strengthen economic ties with India, which has become a vital market for the bloc after China, International Trade and Industry Minister Datuk Seri Mustapa Mohamed says.

ASEAN is mulling the idea of a Pan-Asean crowd funding and digital platform for micro and SMEs' financing needs, with the aim of more inclusive growth, says Securities Commission chairman, Ranjit Ajit Singh.

Energy, Green Technology and Water secretary-general, Datuk Loo Took Gee says multilateral projects and renewable energy can be the way forward in addressing the energy needs of the ASEAN region.

Dubai Holding on travel and tourism

Facebook live: Could ASEAN be the next global digital leader?

The potential of ASEAN from Aireen Omar's viewpoint

The prospect of equity market in Asean

ASEAN has every reason to be optimistic about its future, however, each government needs to integrate in order to realise their potential, CIMB Group Holdings chairman Datuk Seri Nazir Razak says.

He says the great ASEAN potential will be driven by four key factors – execution within the countries, embracing technology, global reform and geopolitical issues.

"As for execution, each government needs to know where to invest and what to invest in, and they need to have a proper infrastructure," he told an interactive session at the WEF on ASEAN 2016 in Kuala Lumpur today.

Why is Singapore struggling with digital adoption?

The coming together of humans and technology in new ways is resulting in fundamental changes in how individuals, teams and organisations work, live and play.

But mastering this Fourth Industrial Revolution and transforming a business into a digital enterprise is not easy. There’s no blueprint to follow, and each organisation's journey is unique.

In Singapore, 92% of organisations reported that their current infrastructure is struggling to support the rapid adoption of digital technologies, according to a recent BT report, which interviewed more than 1,000 decision-makers in the field of information technology. Globally, the figure was only 65%.

So are Asian businesses trailing the West in terms of digital adoption? Not really, but we found that the disruptive technology trends that were cited as driving the most profound change within large organisations were cloud (58%), mobility and collaboration (54%) and data (52%).

Gearing up for #wef #wefASEAN happening at Shangri-La. Stay with @501Awani ch. 501 for hourly updates. pic.twitter.com/mvJ900SIkC

How Asians might lose their jobs (and find new ones)

Digital and analogue expansion occurs side by side, new and old technologies co-exist – and businesses like Kudo are finding profitable ways to bridge these worlds.

From retail to manufacturing to telecommunications to transport, new business models – and new job opportunities – are emerging.

How do we drive sustainable growth in Asia? Can the 10 nations of ASEAN mitigate the impact of digital technology on services and manufacturing? And who will equip young people with skills to help them prosper, and to help the region prosper?

The World Economic Forum on ASEAN is a unique opportunity for global CEOs and their leadership teams to come together with regional heads of state and their key ministers, as well as representatives from academia, civil society and international organisations, to address these issues.

Shaping the ASEAN agenda for Inclusion and Growth

This year, the World Economic Forum on ASEAN will be celebrating 25 years of shaping South-East Asia's regional agenda.

This is an assembly of regional and global leaders to foster collaboration and to catalyse action. A meeting of minds from government, as well as representatives from academia, industry and civil society to address regional challenges.

Themed "Shaping the ASEAN agenda for Inclusion and Growth", this year's event will be held at Shangri-La Hotel this June 1 and 2.

In 2016, the World Economic Forum will celebrate 25 years of shaping the regional agenda in South-East Asia. In that time, the region has achieved great progress, culminating in the recent launch of the ASEAN Economic Community (AEC).

The AEC demonstrates the region’s aspiration to remove barriers to the free flow of goods, services and people while improving sustainability, infrastructure and livelihoods.

But, while ASEAN has much to be proud of, it also faces many serious challenges. The global economic context has become much tougher, from the slowing and rebalancing of China and the normalization of monetary policy in the US, to the recessions in many emerging markets and the attendant slump in global trade.

Then there are the tidal waves of new technology sweeping the globe and uprooting business models, development paths, industrialization policies and labour force competitiveness.

Just as important are the changing economic architecture and geo-economics of the region, including the Trans-Pacific Partnership, the Regional Comprehensive Economic Partnership (RCEP) and China’s One Belt, One Road initiative.

The rapid rise of South-East Asia’s economies also reinforces the imperative of ensuring growth with a purpose, giving social inclusion and environmental protection the same priority as competitiveness.

As chair of ASEAN in 2015, Malaysia successfully ushered in the arrival of the AEC. This year, the country plays host to the World Economic Forum on ASEAN.

In the Forum’s capacity as the International Organization for Public-Private Cooperation, this meeting will be an ideal platform for senior decision-makers from a range of sectors to facilitate greater collaboration between industry, government and civil society, and to address regional challenges. 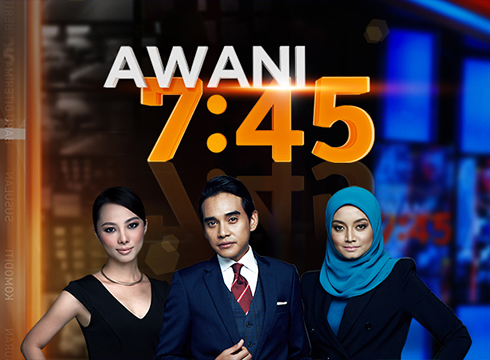 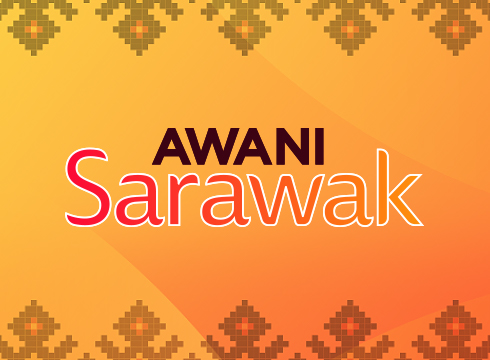 There are multiple sides to the stories and issues of the day. Melisa and Sharaad speak to various experts and stakeholders to understand their perspectives – so you can consider all sides of the news. Notepad examines what is hot in the world of business and technology. Ibrahim Sani attends global business and tech conferences like the CES, WWDC, WEF, and more, and reports directly from these locations to for you. Sharaad Kuttan takes a deeper look at events packed in this half hour show for wider knowledge, greater understanding and better comprehension of the news that matter to you. He rocks! The Future is Female

Women with extraordinary stories share their experience with Melisa Idris, on The Future Is Female Fronted by Cynthia Ng, AWANI Review is a series of in-depth conversations with industry captains and influential leaders shaping the future of business. You're 18, you can vote: now what? Undi Bootcamp is a one-stop series for new voters (and those who just need a refresher). Join us as we find answers to real questions and put your favourite experts on the grill. A series of exclusive interviews with the Sarawak State Government Senior Officials to feature the development and success stories of Sarawak State. Sharing the success of SME-Small and Medium Entrepreneurs in Sarawak. Contents related to market form, career opportunities, assistance and support Explore the wonderful world that is the human body. Dishen Kumar speaks to physicians, clinicians, researchers, patients and more, as we explore our pursuit to be healthy