Trader charged with improper use of network facilities

Mohd Nazri Sulaiman, 51, however, pleaded not guilty after the charge was read out to him before Judge Surita Budin. 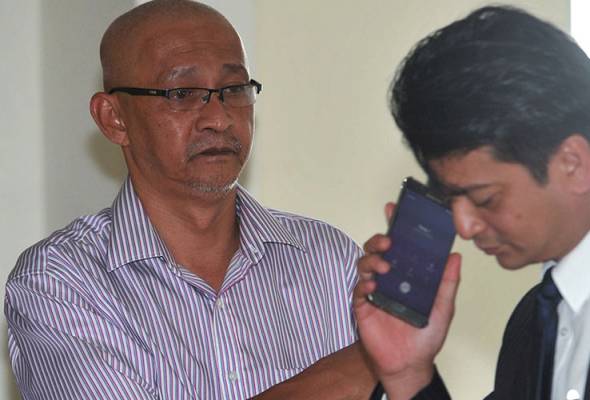 Trader Mohd Nazri (left) and his lawyer Muhammad Faiz at the Sessions Court in Klang today. --fotoBERNAMA
A trader was charged in the Sessions Court here today with improper use of network facilities with the intention of annoying others on the Facebook social page last year.

Mohd Nazri Sulaiman, 51, however, pleaded not guilty after the charge was read out to him before Judge Surita Budin.

He was charged with knowingly using the Facebook page of "Mohd Nazri" to make and initiate the transmission of images and false posting of a political party which were read by others at about 8 pm on Sept 13 last year at a restaurant in Jalan Pandamaran Jaya 99, Kampung Sijangkang here.

The prosecution was conducted by deputy public prosecutor from the Malaysian Communications and Multimedia Commission (MCMC), Mohd Sophian Zakaria, while Mohd Nazri was represented by lawyer Muhammad Faiz Fadzil.

The court set Aug 22 for mention.