The route to success in Silicon Valley is not necessarily the exclusive preserve of geniuses but are sometimes the unpredictable fruits of serendipity. 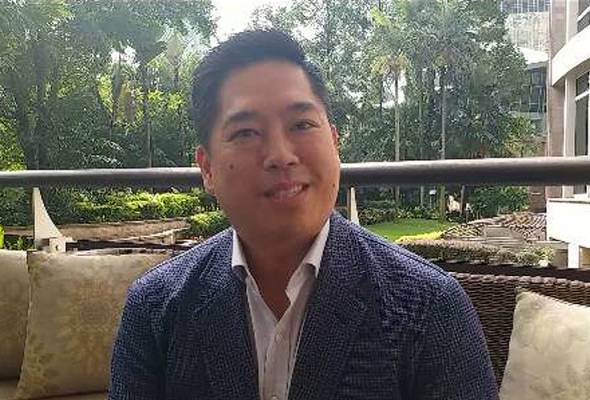 Jacob Hsu urges companies to devise new ways of countering technological disruption faced by existing industries in this new age of digitalisation. - Astro AWANI/Hafiz Marzukhi
The route to success in Silicon Valley is not necessarily the exclusive preserve of geniuses but are sometimes the unpredictable fruits of serendipity.

The mere artisan toiling away in the rarefied domain of technology therefore need not despair as success is within everyone’s democratically universal grasp.

This is especially so in the age of technological disruption where unconventional initiatives and bold alternatives are most likely to form the bedrock for new inventions or the creation of popular applications.

“The best way to attain success and profit from technological edge is by trial and error,” he told Astro AWANI, here, today.

"There is this belief in failing fast and failing cheaply. So when you try to create a new innovation, the idea is to learn fast from the experiments that had been carried out,” Hsu said.

Elaborating further, he said the perception that founders and successful people are geniuses who continuously saw a string of success is inaccurate.

"In reality, most of the success stories you hear about in Silicon Valley were serendipitous successes.

"These were companies that started off on one path and then accidentally found themselves in a totally new area that actually end up becoming their great success.

“For example, Twitter came out from a company call Odeo. It was actually doing RSS search engine, a podcast search engine," Hsu said adding that the process of building products from the 'old days' are long gone.

"What I mean is, product builders now have to emphasise on what the user wants and overcome the problems that they encounter fast,” he said.

Hsu added that companies should be aware that its objective can change at any time and as such it is imperative to continuously conduct experiments to understand their market.

"You start with a vision that you want to achieve and probably a narrow set of problems you want to solve and then start experimenting until you find a direction," Hsu added.

When asked about how best to find talents for the purpose in mind, Hsu said it is not about finding candidates with the perfect resume.

"What it really comes down to is finding a group of people from different backgrounds who can come together and understand a shared context.

"Ultimately, it is not about fancy backgrounds. In fact if you look at most founders of successful tech companies, they were not Standford University's PHD holders.

"So, people like Steve Jobs and Steve Wozniak are people that often start off as the misfits who did not quite fit in.

"This gave them the drive, the passion and the perseverance to succeed," said Hsu.