In a new environment, new policy for Bumiputera is needed -- Norizan

The new economic policy (NEP) and other policies introduced by the previous government should not be considered as a failure until the government introduce the new policy. 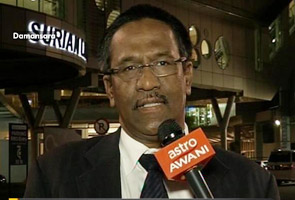 The New Economic Policy (NEP) and others introduced previously by the government should not be considered as a failure with the introduction of a new policy.

According to Teraju Stakeholder Management Senior Director Norizan Sharif, many professionals and middle-class Bumiputeras were made through such policies.

"The policies were successful but now they need to boost Bumiputera achievements to a higher level because of competition not only in the country but also to allow the them to compete at the global level.”

"They will face a new environment that is constantly changing. Bumiputeras should also change, thus the policy and approach should change," he said.