To hijab or not to hijab? It's NOYB

Astro AWANI's Linawati Adnan seriously feel that people should stop being judgmental over women who do not don the hijab (head scarf). 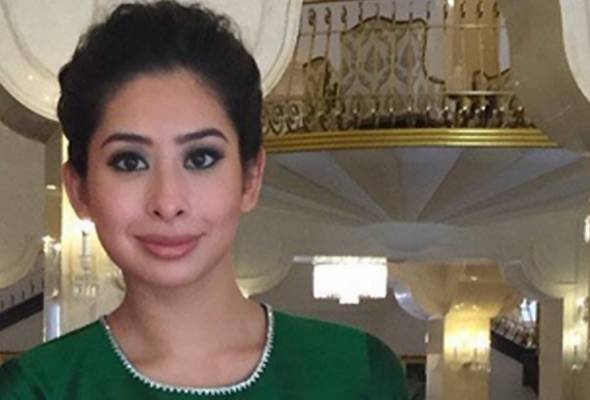 It was reported that she had had enough of judgmental comments on the way she dresses, especially her not wearing a scarf or hijab.

And last week, Tunku Inah’s brother, Tunku Idris (whom I assume is royally annoyed by judgmental Malays) took to social media to defend his sister.

I understand the Princess' action to exit Instagram, but if it were me, I would stay on and give these shamers a piece of my mind. Don't you know that matters concerning other people's faith and personal choices are 'none of your business (NOYB)?

Do these people get a thrill out of shaming others unnecessarily?

I'm not sure whether its universal, or just a Malay thing, but why do people like to ask questions that are silly and hurtful – questions designed to put one on the spot?

‘Bila nak kahwin?’ (When are you going to get married?)

‘Bila nak ada anak?’ (When are you going to have a baby?)

‘Bila nak ada anak lagi satu?’ (When are you going to have another baby?)

I have an ideal response to such questions: ‘Bila nak mati?’ (When are you going to die?)

It's fair, isn't it? If they can ask about my life, why can't I ask them back about their death?

Back when I was studying in university, there was this guy I dated who told me that God will burn my hair in the afterlife because I did not cover my hair – epic!

And like many other 'free-hair' ladies, I too encounter relatives and acquaintances who ask me when I will cover my head with a scarf. Some even bring my parents into the picture, saying my mom and dad would bear the sin over my choice of not wearing a tudung.

As a Muslim, I understand that Islam prescribes the covering of aurat. But Islam also prescribes humility, humanity and harmony between beings.

What's with this obsession anyway? When the fact is, to hijab or not to hijab, is a woman's personal choice in her worship of Allah, just like praying five times a day or fasting in the month of Ramadhan.

So, free-hair or hijabista? Really, it's none of your business.

And here's sharing a documentary entitled 'Tudung' by feminist, Zan Azlee and my current crush, Liew Seng Tat. It was originally done for the Goethe Institute's Tudung Short Film Competition but has also gone on to screen at the 2006 Los Angeles Asia Pacific Film Festival.


* Linawati Adnan is a Senior Producer, TV host and writer with Astro AWANI
** Views expressed here are strictly of the author's and does not necessarily reflect Astro AWANI's