International Women's Day Message: How do women do it?

International Women's Day is a worldwide event that celebrates women's achievements from the political to the social while calling for gender equality. 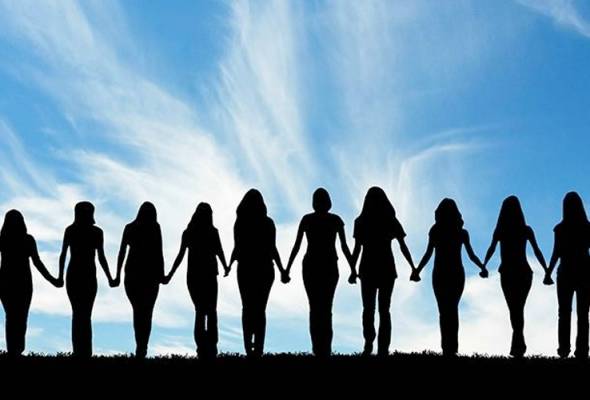 HONESTLY, it is a question that I’ve always had on the backburner in my head. How do women do it?

From the corporate sector, we expect them to be as “competitive” as men but pull the same stunts, and high chances are you become the office bitch.

From home, you’re expected to care for the children while balancing that out with earning an income – failure to do both and you get branded lazy or neglecting the kids.

At the same time, creating another human being in the womb and taking a 90 day leave to recuperate, and the Malaysian Employers Federation (MEF) comes out saying this and a few other things might lead to the loss of some 50,000 jobs.

Men have to pay the Goods and Services Tax (GST) every time they decide to purchase condoms, women have to pay it every month when buying feminine hygiene products.

Dress too sexily and you get branded a whore. If anything untoward happens to you, “you were asking for it”. Dress too shabbily and you are told you’re a fashion disaster.

It seems to me personally that women are constantly in a balancing act that, if any man had to cater to, would have led to serious mental health issues.

Yet, at the end of the workday, going through all this, Malaysian women can still maintain their sanity, cook up dinner and spend time with the family.

That, takes an insane amount of resilience 24 hours a day, seven days a week, and is no short of heroic in my opinion.

Plus, while we are being honest, I have to agree with comedienne Margaret Cho on a very valid point. If men were to get periods, every single bachelor room would look like a crime scene. Although from a very, very morbid point of view, haunted houses would become less scary.

How do Malaysian women do it?

How do they go through all this day by day, not even looking at glass ceilings and sexist co-workers, to become leaders of their field, in politics, in corporations, or even managing a single parent household?

How do they put up with the catcalls, the harassment, the total silence when reporting such infractions to Human Resources and getting nothing done?

We saw this in the recent quietly blown up case of such being highlighted to have happened in the WWF a decade ago. No action was taken, and now suddenly it was announced to being “reviewed”.

We also saw how female journalists, filmmakers and even everyday corporate Malaysians began speaking out against harassment right here, due to the eruption of the #MeToo campaign.

Sex crimes, particularly for young women who have been abused and groomed by paedophiles and even close family, is also being taken seriously and being reported with hope that severe action is taken against perpetrators.

But Malaysia needs to evolve, and women need to consider the following.

Women make up less than 1/3 of our workforce, and still earn lesser on the median and average than men. Yet, there are more women graduating from tertiary education compared to men.

This tells me, that women not only need to fight for true equality in terms of salaries, but they are also sacrificing their incomes to ensure that the family is cared for. There is nothing wrong with this – but it needs to be said that housework is work.

And anyone saying otherwise should wear a fitness tracker and try vacuuming the fur of three cats out of a carpet – you would actually meet your fitness goals of 30 minutes of exercise daily.

But the thing is housework is work that is unpaid – if we are to expect women stay home whilst taking care and raising kids, then we should offer them at least a payment. By payment, it could be a tax break in this “two income trap” economy that we are stuck in, or it could be government welfare payments such as BR1M with an additional amount for housewives.

We need women to take their place in the job market to make up for 50 percent of the workforce. We want women to not have to pay a tax every month to cater to their biological needs.

We want women to have the ability to rest and care for a newborn for three months without having the fear of losing their jobs.

We want women to be able to walk down a street, or wait for a ride share without the fear of being in danger regardless of what she is wearing.

So, for International Women’s Day, I asked my mom how she deals with all this. Her reply?

“We focus on what is important, whether at work or at home. Sexism and harassment will happen if we allow it to happen,”

Don’t allow it to happen. March. Protest. Speak up. This Saturday, March 10, there will be an International Women’s Day March in Kuala Lumpur from Sogo to Masjid Jamek from 10am to 2pm.

It is time that the hands that rock the cradle of every man, woman and child here in Malaysia take a Saturday off, pick up a picket, and rock this country.

* Hafidz Baharom is a social observer and a regular contributor at Astro AWANI digital section.

*** Views expressed are personally his and do not necessarily reflect those of Astro AWANI.