Rizal's ASEAN: We keep these lives ... in these photographs

Art reflects the state of life that people are living in, or want to live in. I cant remember who said that, or the exact phrase. 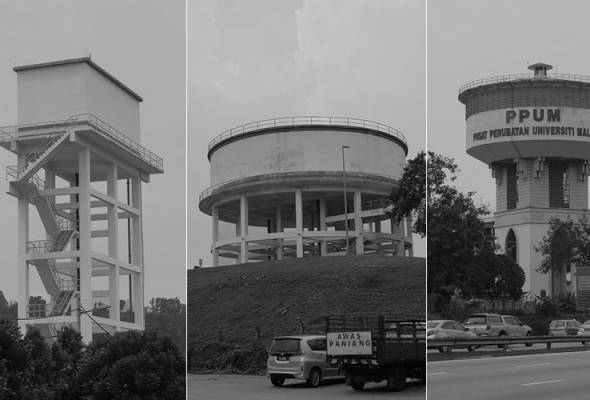 ART reflects the state of life that people live in or want to live in.

Truth be told, I can’t remember who said that or the exact phrase. That is the gist of it and the idea was discussed during the “Arts in Literature” session when I was in college.

Pick a contemporary art and the subject will reflect the current state of things from fashion to the food consumed and whole assortment of issues.

Artists, since the earliest of time have constantly tried their best to capture the zeitgeist, what it means to live in the present time.

Since the turn of the century, Southeast Asian artists have laboriously conceptualised many works to capture the very essence of the present time.

Juan Luna’s Tampuhan (sulk or ‘merajuk’) depicting two lovers in a slight disagreement, is a perfect snapshot of the Philippines in 1895, just three years before the end of the listless years of Spanish colonisation.

The dress worn by the female subject is heavily-influenced by Spanish contemporary style.

The rattan furniture, light suit worn by the male figure in the background and bright tropical sunlight, created an image that is familiar to the colonised countries in Asia. A street festival is evident in the background with revellers enjoying the atmosphere from the balcony.

Luna’s colourful career was marked with many wanderlusts and acquaintances in high places, including the King of Spain.

Tampuhan is an epitome of how a group of people in the Philippines lived during 11th hour of the Spanish colonisation. It could also reflect how people wanted to be perceived at during the period.

Another interesting record of the contemporary life in the Southeast Asia derived from Indonesia by aristocrat, Raden Saleh.

Raden Saleh was trained by western artists had similar illustrious sojourns and overseas tenure, mainly Europe. His usage of animal images, including the majestic lions, tigers and hunting scenes catapulted him to instant fame.

Interestingly, in 1853 Raden Saled also recorded the arrest of Pengeran Diponegoro, a nobleman in Yogyakarta who rebelled against the Dutch power in Indonesia.

Raden Saleh’s Penangkapan Pangeran Diponegoro was a colourful, melancholic depiction of the locals, surrendering and mourning the arrest of their brave leader (the arrest happened in 1830).

Look closer and you will see the colourful clothes, batik Jawa, velvet jackets with gold works worn by Diponegoro’s supporters, against the Spartan military uniforms worn by the Dutch officials.

These images provided the nation with a sense of pride and dignity, despite having to bow down to the demands of the Western powers. Recently, I had the privilege to admire a painting by an Utusan Melayu journalist, Mohamed Salehuddin, courtesy of Balai Seni Visual Negara. The work, entitled Membeli Belah di Kampung (The Kampung Shop), (1959) captured a glimpse of what happened Malaysia in the 1950s.

The painting depicted a woman and her child buying rice from a Chinese trader, in the background, a Malay guy wearing ‘songkok’ and an Indian guy walking.

It's a simple yet an important record of how one race was interacting with the other, two years post-Merdeka.

Look closer and you will see an idyllic kampung house, a shop house with green shutters and a handsome car.

Look even closer and you will see the text on the newspaper used to wrap the rice, the headline reads, “King says: I’m proud indeed of all of you…”I will blasphemously simplify this composition and say that it is almost equivalent to a flat lay technique popular on Instagram.

Every object/subject is composed to make up a narrative. More importantly it represents an important period in the formation of the nation we now know as Malaysia.

For this episode of Rizal’s ASEAN, I sat down with three photographers from three different countries.

The artists, Rizki Maulana, Kenji Makizono and Ridduan Ismail attempt to capture what they believe to be representing the present time.

Their youthful energy are apparent in their works, from fashion to utility towers in the Klang Valley.

Each has different style and approach to document the spirit of time in Malaysia (and Indonesia). I asked Rizki, who left for Indonesia several weeks ago (with Indonesian singer Emir Hermono) what would be the perfect caption, if he were to take a ‘mental photo’ of the current happening in the region, especially in Malaysia and Indonesia.

Rizki pondered momentarily before he carefully offered his thoughts. “A Season of Change," he said, matter-of-factly.

"Why? A lot of change is happening, but it is difficult to know if this is for the better or worse. People don’t know what will happen to them. This uncertainty, I think people will find out what is good for them in the long run," he concluded.