Gerakan Prihatin Rakyat Selangor (GPRS) said the Selangor water issue would have been long solved if the matter was not politicised. 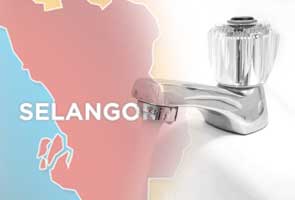 Gerakan Prihatin Rakyat Selangor (GPRS) said the Selangor water issue would have been long solved if the matter was not politicised.

Its chairman, Datuk Sohaimi Shahadan in a press statement, Thursday, said the issue which has been dragging on since 2008, had also affected the nation as new development projects could not take place because of insufficient water supply.

The non-governmental organisation however, welcomed the Selangor state government’s decision to finally agreeing to issue development order for the construction of Langat 2 water treatment plant.

Sohaimi said even though the decision came almost six years later, it showed that that the state cared more for the interest of the Selangor people than the party’s political needs.

“Those who have gone through the 1998 water crisis would still remember how difficult life was then where every day we had to wait for the lorry tankers carrying water while economic activities were affected and factories were forced to cut down its operating hours,” he said.

He also urged all parties to put aside their political differences and work together to end the water woes, plaguing the state for weeks now.

He also urged the construction of the Langat 2 project to be sped up, fearing more problems to crop up if it is delayed further.

Once completed, Langat 2 would treat 1.89 billion litres of raw water to cater for the water demands in Selangor, Kuala Lumpur and Putrajaya until 2025.