Yes, caning and smacking children should be illegal

Zan Azlee thinks making caning children illegal is a good idea for the development of the nation. 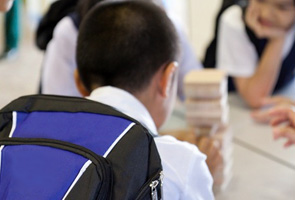 Zan Azlee thinks making caning children illegal is a good idea for the development of the nation.
Finally, some sense is being spoken in disciplining children and the rights theyhave in Malaysia as plans are underway for the government to introduce a new act that criminalise the caning o f children in the country.

Being a parent, I definitely do not practice any forms of physical punishment such as smacking or caning to educate and keep my child in line.

And as a child (many many years ago), my parents never resorted to any punishment of that sort either. The scenario in my household: it always talking and reasoning (with the occasional screaming!).

Sure caning and smacking may have been the norm decades ago but with more research and education in the field of child psychology, we can improve things.

It goes without saying that it is common knowledge that corporal punishment for children would result in negative psychological effects (or maybe it isn't common knowledge?).

It promotes violent means to solve problems, increases bullying, instil the fear of pain rather than learning right from wrong and etc.

Truth be told, I was all riled up when several quarters got angry citing that the new act is wrong and needs to be re-looked to consider the view of the parents.

Shockingly, many are saying that hitting a child is the correct manner to educate and discipline children in this day and age. And of course, a majority of them conveniently use religion (ie: Islam) as an excuse.

That is all an excuse, I believe. Because Islam does not out rightly say that you must hit your child. In fact, Prophet Muhammad S.A.W had never in his entire life hit a child.

So what does it say about the society in Malaysia if they so, vocally want to defend their right to be able to use corporal punishment to discipline their children?

Parents who resort to smacking or caning their children are those who lack good parenting skills because they are too lazy to think of better alternative to punish their children.

Raising your hand or a using a cane is easier and simpler than to sit the child down and talk to him or her to clearly define what is right and what is wrong.

Some parents even feel that spending some quality time or positive reinforcement are taking too much into your personal time which is why they opt the ‘easy’ way out.

It reflects how so many Malaysians today are primarily concerned with merely addressing problems for the short term rather than solving them permanently.

We would always want to treat the symptoms rather than the disease and we have become a society that constantly gives knee-jerk reactions to every problem that comes our way.

Malaysians also need to realise that progress is what we strive for. We learn and we improve ourselves so we won’t get stuck in an archaic way of life.

Parents need to also realise that the new act attempting to protect children is not in any way a means to criminalise them as parents but more of a way to educate them and make them better parents.
#Child Act#corporal punishment#smacking