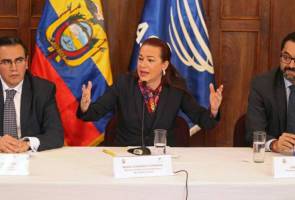 Espinosa defeated Ambassador Mary Elizabeth Flores Flake of Honduras by 128 votes to 62, with two abstentions. Espinosa will become the fourth woman ever to hold the UNGA presidency and the first since Haya Rashed Al-Khalifa, from Bahrain, in 2006-2007. Espinosa will assume the position in September at the start of the 73rd UN General Assembly.

It is rare to have a contested election for the position, which is normally filled by consensus without a vote. It was the turn for Latin America and the Caribbean to nominate the assembly president based on a preset geographical rotation.