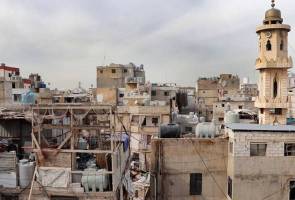 Médecins Sans Frontières (MSF) or Doctors Without Borders began working in Shatila in September 2013. To address the needs of its vulnerable population, the organisation currently offers free medical services via a primary health care clinic and a women's health centre. Among the patients coming to MSF's facilities in Shatila include a number of Syrian refugees, particularly women, seeking mental health services. While the acute trauma of war is undeniable, many of these women suffer more from shifts in family dynamics and relationships caused by their displacement.

Ella Baron, a cartoonist on assignment with The Guardian, met some of these women and together with MSF counsellors, collected their testimonies. These powerful series of drawings by Baron not only capture the sufferers' pain and trauma but also shed light on the challenges the counsellors deal with on a daily basis. 'Make me look like a lady'

Patient to illustrator: "If I were to be drawn, I would want to look like a lady, don't draw me in these baggy trousers." 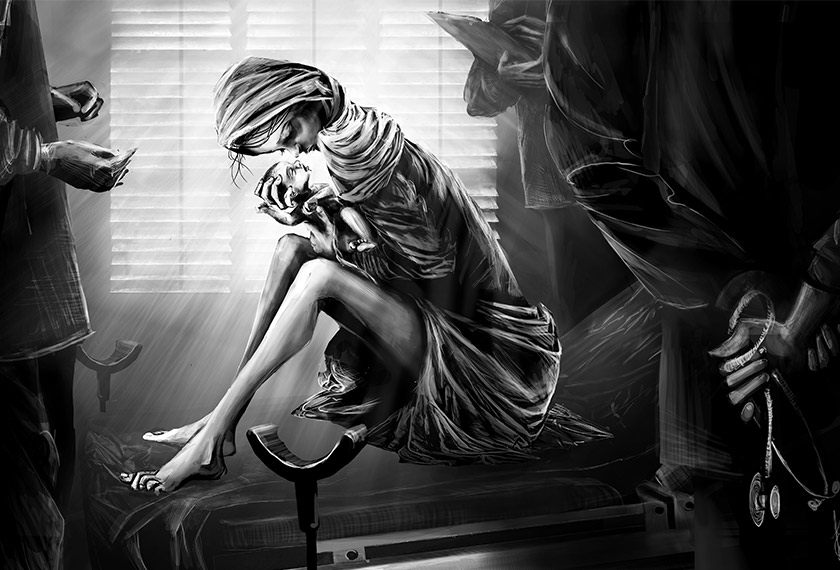 MSF midwife: "Is it a boy or a girl?' This is the first question (that patients ask us) at every ultrasound. If a lady is expecting a girl, it may cause tension with her family, so we always say 'we don't know'. I tell her our priority is the health of the baby; I show her its body, point out the feet, hand, face; I let her listen to its heart. I still feel joy each time I deliver a baby, but it can be very hard. Once, I saw a girl aged 12 pregnant with her second baby."

While showing photos of happier times in her home country to the illustrator, a Syrian refugee relates how in Lebanon, she doesn't get to go out much as her husband must look for work. "Since we arrived in Lebanon, most days I just stay in the room with the children. It's been almost five weeks since my last day out." She says when the family runs out of money, she will go to the market to gather vegetables from the bins. The vendors offer her fresh food in return for sex. But she doesn't give in. 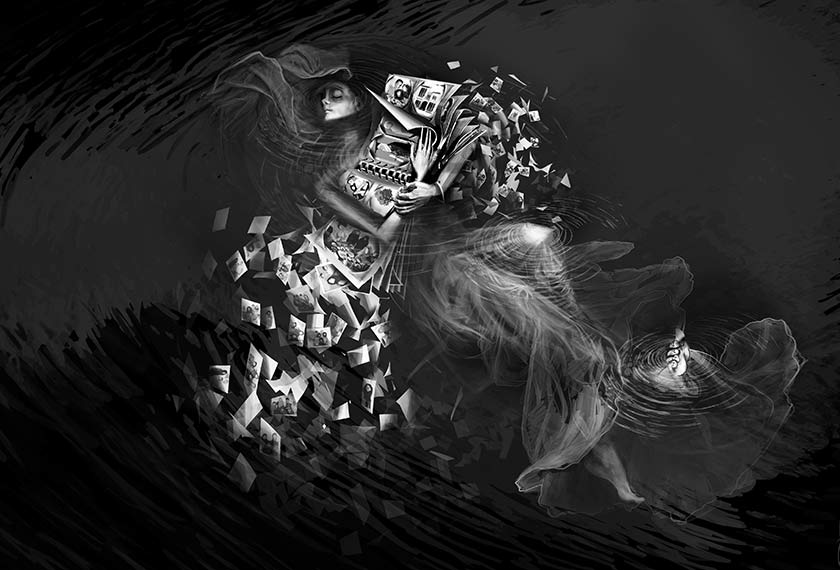 MSF psychologist: "Good memories sustain us when things are hard. I say to dedicate a specific time every day to remember the places and people you have lost. But in order to make the most of the present, it is important to accept the reality that you cannot go back to the past."


'I watched my family die'

Syrian refugee: "When the bomb fell on our home, it trapped my legs. I couldn't do anything; I watched my family die in front of my eyes. My mother, sister, my two children, dying and I did nothing."

According to The Guardian, the woman now has another son, and that "God had given her back some of what she lost." 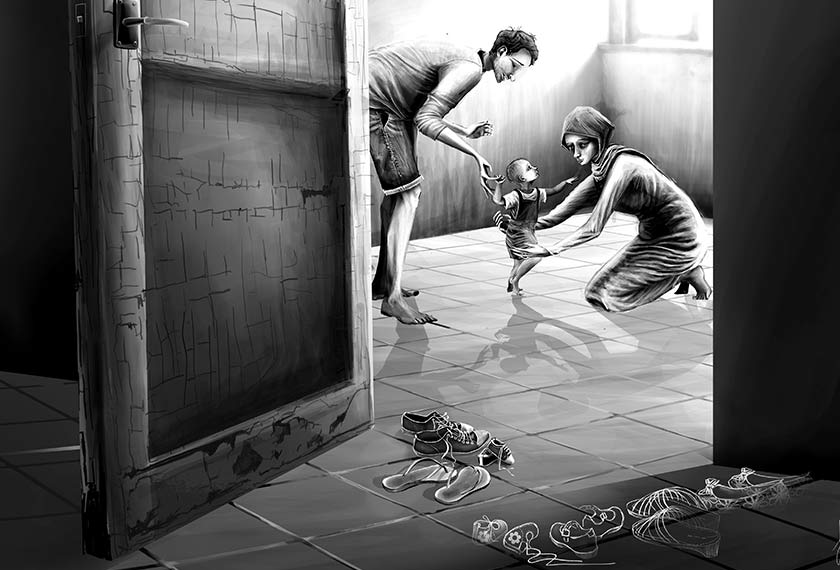 MSF psychologist: "I try to help her to let go of this guilt, to see that her family would understand she did everything she could. We're still working on the difference between forgetting and moving on."

Syrian refugee: "My six-year-old daughter was kidnapped on her way back from the camp kindergarten. My husband is in prison for debt, so I have to raise the children alone. I don't have time to walk them home from school." 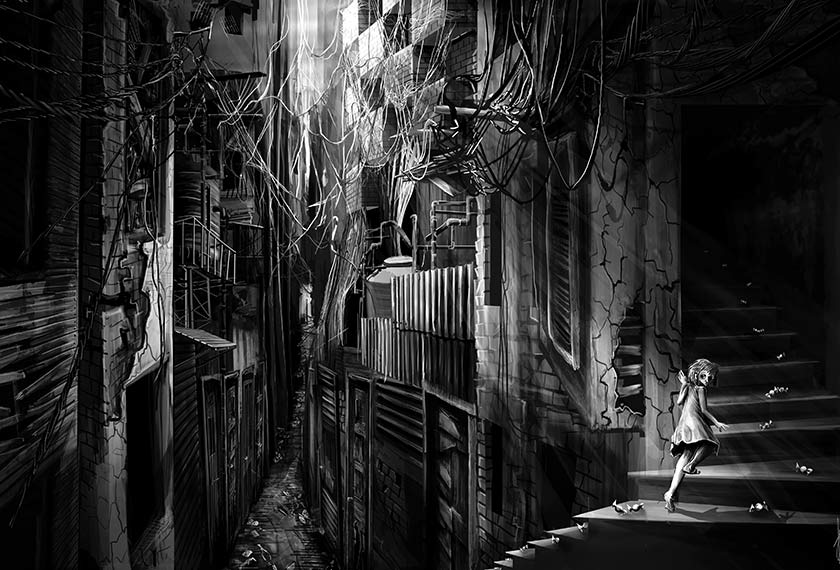 MSF psychologist: "Sometimes I say that coming to terms with trauma is like opening a packed wardrobe. When you open the door a tangled mess pours out at you; you must sort through it before it can be carefully folded away." According to The Guardian, this woman was imprisoned in an ISIS camp for a month where she saw people tortured and killed. She was pregnant and was taken to an ISIS hospital where they beat her to force the baby out of her. She lost the baby. She was pregnant again when she came to the MSF, but due to horrifying flashbacks, she was convinced her second delivery would suffer the same fate. The psychologist says after much coaxing, the woman delivered her baby naturally and in good health.


'Raped every day for five months'

Syrian refugee: "There are 11 in my family, so I was sent out to work at the age of 13. I worked in a warehouse just outside Shatila, sorting clothes. My employer was a 45-year-old man. One night when I was working alone, he raped me. I could not say anything because I didn't want my family to suffer the scandal. But, eventually, my older sister noticed the bruises and I told her everything. She brought me to MSF." 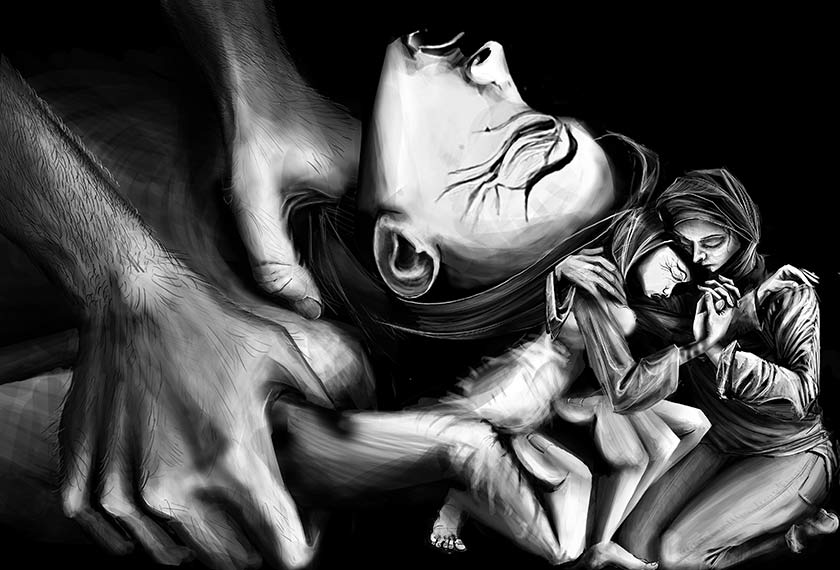 MSF psychologist: "Working here can be difficult. When I need a break, I come up to the roof of our clinic. Look there, you can see how many birds – people feed them! Strange, when they themselves have so little. But perhaps they find in this a form of freedom."