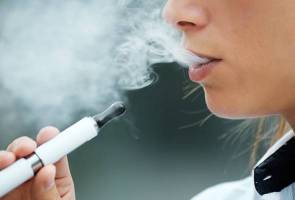 For this Budget 2020, the government should look into the prospect of taxing vapes. - Filepic
WITH the budget to be tabled next month, there is one aspect I wish for the government to look at seriously - e-cigarettes and alternate devices. While there are those talking about a ban on the product due to what is happening in America, that would be an insult to logical thinking and at best - a horrible knee jerk reaction.

Primarily, we have had vaping in Malaysia for the past five to six years. In the last year, Malaysia has finally allowed the heat not burn device to come into the market. Meanwhile, the United Kingdom has gone so far as to promote it as an alternative to the traditional cigarette.

Yet, neither Malaysia nor the UK has seen any deaths as that experienced in the United States of America. And yet, none of the scaremongers and those calling for a ban have ever even bothered to address this question - why is it limited to the American market?

Vaping is now promoted in multiple countries as a valid alternative, and yet the only deaths reported were from the US. So why ban it anywhere else?

It has now come to light that the focus in America is now on THC oil laced vaping liquids, which contain high concentrations of Vitamin E acetate, could be the cause. You don’t hear those crying for a ban suddenly reversing their call, do you?

Since it’s the haze season in Indonesia, shall we now ban farming of all kinds in Malaysia too?

Fearmongers aside, the government does need to come up with some form of regulation and checks. Honestly, it wouldn’t be so bad for vape and e-cigarette devices to get accreditation from SIRIM for a start.

Secondly, it should be taxed but not at the same level as traditional tobacco. After all, vaping and such devices as well as their supplies are the less harmful alternative. The concept of harm reduction would encourage us to make these choices cheaper than traditional tobacco.

The government should follow suit on this because in the end, taxing vaping and alternate devices but keeping it lower than traditional tobacco would encourage smokers towards an economic and less harmful choice for the long term - which will benefit the government from spending more tax ringgits with regards to health issues arising from smoking.

The government needs to stop treating the vape industry as an outcast - I would have used the same word our prime minister described Lynas with, but it might cause some PKR members grief. That said, it is time to stop it from being a grey market and make it legit with proper regulations and control.

We can see how well it is in more developed areas such as the UK, the European Union, the Scandinavian nations and even looking at Japan and South Korea. Thus, examples are aplenty of nations who continue to succeed implementing proper control over tobacco, and implementing vaping as a harm reduction concept beneficial for all.

So for this Budget 2020, the government should look into the prospect of taxing vapes, but ensuring that it is still on the market for adult smokers looking to put an end to smoking, and taking up what researchers have said is “95 percent less harmful” as an alternative.


*Hafidz Baharom is a social observer and a regular contributor at Astro AWANI digital section.

**Views expressed are personally his and do not necessarily reflect those of Astro AWANI.