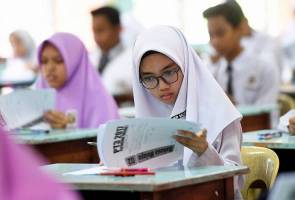 The DLP, which lets schools teach some subjects in English, will continue to be a prominent feature of our education module next year. - BERNAMA/File
KUALA LUMPUR: The start of every school year is often marked by new things. New uniforms, new shoes, new faces and hopefully, renewed enthusiasm to get back to the books.

Come Jan 2 though, about 4.7 million schoolchildren will perhaps face the most important "new" thing – a new way to learn English. The much-debated Dual Language Programme (DLP) isn't really that new though. It was first introduced in stages by the Government in 2016 and continued to strengthen throughout 2017. Next year, it's expected to play a more prominent role on how we teach English in schools.

Briefly put, the DLP gives schools the option to teach Science, Mathematics and STEM subjects in English, if they wish to. The way English is taught in Malaysian schools have always been a subject of debate, and the DLP is the government's latest attempt to ensure that the population's grasp of the language continues to improve.

And with good reason.

No matter what, English by far is still the most important language. According to the World Economic Forum (WEF), there's no shortage of data to back this up. In a recent report, the WEF says there's a direct correlation between a country's English proficiency and the growth of its gross national income (GNI) and Gross Domestic Product (GDP).

"In our latest edition of the EF English Proficiency Index (EF EPI) – the largest ranking of English skills by country – we found that in almost every one of the 60 countries and territories surveyed, a rise in English proficiency was connected with a rise in per capita income," it says.

The WEF adds, job seekers with a good command of English also earn 30-50 percent higher salaries, while the skill also directly correlates with a population's quality of life.

In other words, those with better English are simply better off. 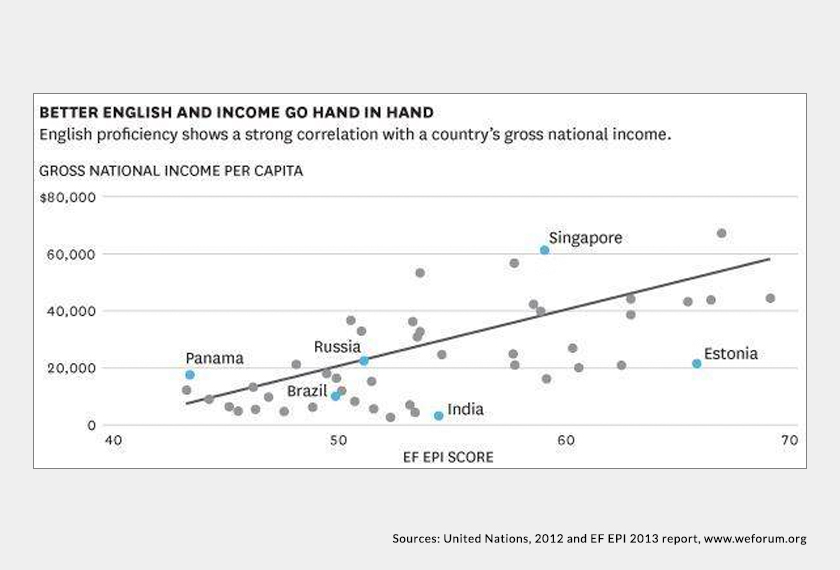 THE CASE FOR MALAYSIA

The road to English proficiency in Malaysia has been a colourful and bumpy one.

The government, in the effort to boost the population's English proficiency, has naturally started with the education system.

To this end, the Teaching and Learning of Science and Mathematics in English (PPSMI) programme was introduced in 2003. But for the next nine years, the programme became the subject of constant debate among academics, politicians and the public alike, ultimately culminating in its cancellation in 2012.

The government, deciding that a good command of English is pivotal to students' future, gave it another go. Today, we have the DLP. So far, 1,593 schools have opted to implement the programme.

But like its predecessor, the DLP has not been without controversy or debate.

Last year, 50 Tamil NGOs protested the implementation of DLP in Tamil schools in Penang, saying it will reduce the use of Tamil language in such schools by 40 percent.

"The UPSR results (in 2016) and previous years have shown that children studying in Tamil schools performed very well with the existing system. As such, we do not want the DLP to be implemented in Tamil schools," a local English daily reported a representative as saying.

In SRJK Vivekananda (T) Petaling Jaya, the school's board of governors and Parent-Teacher Association (PTA), together with the Child Information, Learning and Development Centre (CHILD), are pursuing legal action to stop the DLP.

K. Arumugam, a trustee of CHILD, says the school does not meet the criteria set to implement the DLP, which includes getting consent from parents, having competent teachers, adequate resources and a good grasp of Bahasa Malaysia.

"The headmistress selectively implemented DLP despite objections from the board of governors and the PTA," he says to local online portal FMT.

The PTA and CHILD visited the school to serve a legal notice in May 2017, adding that it will take the matter to the High Court if no response is received within seven days. The latest status of this legal action is not clearly known at the time of writing.

She said these pushbacks shouldn't be allowed to jeopardise the aspirations of parents who have high hopes for their children.

"Parents do not have the resources to send their children to private or international schools where fees are exorbitant, merely to enjoy more exposure to the English language," she said.

While 25 percent of non DLP rural students fell below the basic proficiency targeted at the end of preschool, compared to only four percent of DLP students. 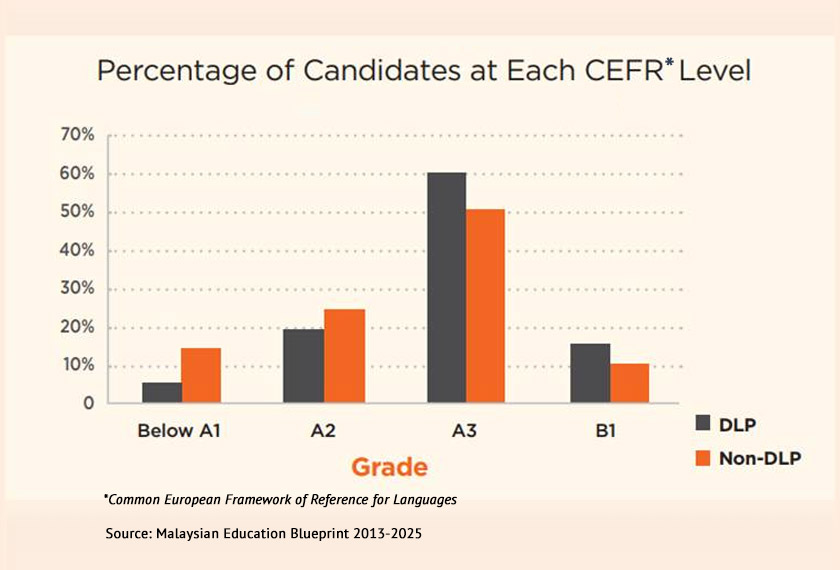 Says Azimah, "The Education Minister and his Director-General should instead see the bigger picture of producing global citizens who will bring the nation to greater heights.

"They should continue to pursue DLP by approving more schools that have applied to conduct the programme which is gaining strength and has seen success during the past two years."

In any case, while we're embroiled in the debate of which module is superior and how to go about teaching English in schools, it's easy to get carried away from the most important part of it all – the students. Students need to have fun learning English. Only when that happens will our teaching process be most effective.

Nevertheless, the debate needs to go on. Because only when the debate continues will we ensure that intellectual discourse on the future of our children will continue, and never cease to exist.

In the meantime, despite all the opposition (and legal action), the DLP will go ahead next week, come what may.