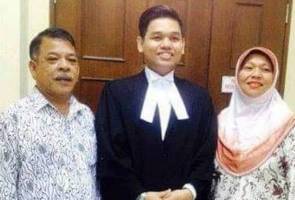 SOURCE OF INSPIRATION... Alan with his parents. - Photos courtesy of Alan Razak
AS a kid with too heavy an emotional tendency to go against the parental wishes and command, simply for the fun that it offered, it was never an easy task for my late father to put to right wrong things that I had always failed to see, let alone understand.

This world was already a cruel place and it did not help that my late father was massively contributory to it, or so a puerile, immature soul that I was then thought. Similar to any typical forms of punishment, a child would be subjected to as a result of his notoriety, my disciplinarian father would allow me to flee the dramatic scene of a 'living room trial' unscathed only when he was satisfied that through the convincing words of my own against the unchallenged testimony of my mother as a highly credible eyewitness, mine was proven to stand the test of evidence and therefore it deserved total benefit of the doubt.

Alas, as highly desirable and wishful such thinking was, in most cases, if not all, I was always found guilty as charged. As I age further into life, I have discovered that there is more to it than just having my late father sitting in judgment of the litany of offences I was always accused of and the opportunity I had been afforded to challenge these accusations.

It is how apt I would have had to be when arguing my way through the defence in order to enable my late father to see what I thought he had failed to see resulting in an unsafe conviction of mine. 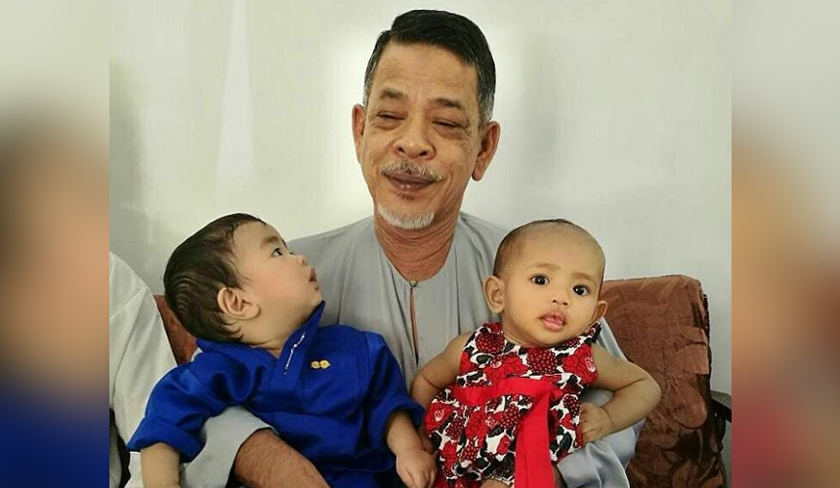 The hilarity of it all aside, one very important thing remains relevant to this day as it has since proven useful to me in the actual discharge of my professional duty as a lawyer in a likewise actual courtroom.

The ability to present my arguments with strong coherence, that is.

As a lawyer, nothing seems more worrying than a lethal disease called linguistic dysfunction. One's lacking fitness to assist the court with profound syntactic analyses supposedly required of him in the reading of statutes and its interpretation bears very grave consequences not only upon his professional-self but also upon the fate of his clients which the latter stand to suffer from due to such incompetence.

Admittedly, language per se is not be a sole barometer of one's intellect. However, no one will argue that indeed it is a mandatory tool of trade that a practitioner of law must be well-equipped with. There shall never be a compromise on it.

Lawyers are considered as principal merchants of this noble enterprise.

It is no secret that legal profession revolves around appreciating presumably complex principles of law and how they are intended by the lawmakers to fit well into the ordinary lives of citizenry.

Laws do not and must not function in vacuum. Legislations merely in existence and carved in stone without practical relevance are as good as having no law at all.

This, if not dealt with, wisely poses a real and proximate danger of rendering the law incapable of connecting these two dots along the equation effectively.

Lawyers are therefore in place to provide a judge his professional assistance through his expected interpretational expertise on how these legal principles, irrespective of their seeming complexity, are in fact both legally and practically doable in the ever challenging lives of men.

In doing so, the only method available to secure possible and more importantly surviving complementarity between the law and its relevance is through the agency of one's ingrained linguistic appreciation towards the letters of the law realised through his great display of proficiency.

This will in turn enable him to conceive purposefully the meaning, wisdom, and intention of the lawmakers through its wordings, oftentimes circuitous and tediously lengthy, at the time when such law was contemplated and later on passed into effect in Parliament.

Given the fluidity of nexus between language and the law, and by extension its alleged mutability in the tempo of the life of the community, a deep immersion into the splendour of language in one's effort to contextualise the law otherwise arid and of zilch use and to add meaningful colours to it requires an equally deep immersion into the grandeur of literary creativity that will give miraculous birth to an actually well-functioning body of law.

This is indeed a big ask for lawyers to undertake. It was as difficult for an accused child offender that I was in a mock trial before my late father then as it still is now as a qualified lawyer in defence of my clients in an actual trial before a learned judge.

What initially started off as a mere flirtation with words had since blossomed well into such undying love for the language mirrored very lucidly though the reflection of legal practice I now uphold dearly as a vow of life.

This was never a chance encounter. Instead it has always been a hallowed scheme blessed with hope, aspirations, and desire a father could  have for his son and I shall not allow them to escape through the cracks of memory. All he had endowed me with in his lifetime are now a task which I must perform with courage and fervour, like that of a hyena in the Savannah.

Challenging it may be, but possible it most definitely is.

Thank you, Ayah, for this beautiful lesson of life I would not have received elsewhere.