Can I advise you something, MARA council members? Do your duty or resign... 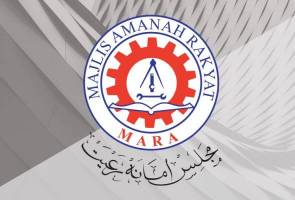 Nobody expects the MARA Council to perform miracles. We know that the country is facing serious economic challenges.
READ this clause of Akta Majlis Amanah Rakyat 1966:

6. (1) It shall be the duty of the Majlis to promote, stimulate, facilitate and undertake economic and social development in Malaysia and more particularly in the rural areas thereof.

This is not merely just any legal provision in the MARA Act 1966 but is the raison d'être of MARA. This is supposed to be the heart and soul of the MARA Council.

Removing the business activities (read: duty to undertake socio-economic development) from MARA is not merely amputating an arm or a leg but ripping out a vital organ. Expanding education initiatives does not and will not compensate for closing down the complementary business segment.

If existing members of the MARA Council refuse to subscribe to the original mission of MARA then, quite simply, those members must be replaced with people who remain loyal to the cause and are driven by passion to work towards fulfilling the trust (amanah) placed upon them.

It is not for MARA to transform itself (and for the MARA Act to be amended) to adapt to the limitations, weaknesses and lack of drive of members of the Council.

I am not going to comment on MARA's grand education blueprint.

However, following Dr Hasnita's statement as reported in the media recently: “Although education was never under the council as a committee, we had to look into it. We set up an education committee which included external advisers.”

Who are members of the education committee?

Who is the chairman of the education committee?

Who are the external advisers in the education committee?

We just want to have an idea if they have the right qualifications, experience and passion.

The same article also reported, “A year into her appointment, Hasnita shared the future “fusion and fission” of MARA’s education initiatives.”

Dr Hasnita needs to understand sejarah Tanah Melayu and the perpetual uphill struggle for bumiputeras to narrow the income and wealth distribution gap with the Chinese.

She also needs to understand that there are neo-liberal domestic and foreign forces that want to widen that gap, secularise the Malays and weaken their business participation as well as political domination.

Just focusing on producing graduates is not enough to achieve our socio-economic objectives.

Instead of carving out the business segment from MARA, she should focus a lot more on combining and/or synergising education with business to further develop and grow the MARA ecosystem.

(As I said before, I'll leave it to the experts to assess her so-called “fission and fusion” in respect of the education sector).

Dr Hasnita goes at length to talk all about education but nothing about how to enhance or turn around the business segment.

I can only gather that it is because she has no idea how to manage the latter so she’d rather not touch it.

She takes the easy way out by proposing that the original purpose of the existence of MARA be dismantled, showing disregard and disrespect for all the decades of hard work and achievements by her predecessors.

She is terrified that her lack of business knowledge and skill, coupled with the weak economy, will inevitably lead to failure, public condemnation and eventual sacking.

Nobody expects the MARA Council to perform miracles. We know that the country is facing serious economic challenges.

However, regardless, the Council has an obligation to "promote, stimulate, facilitate and undertake economic and social development in Malaysia and more particularly in the rural areas thereof" so come up with a plan and strategy to achieve those objectives and tell the Government the amount of funding required for it if need be.

So why has the MARA Council not been able to come up with a viable business plan?

Do they not have the qualifications and experience for it?

Are they are of the view that the PH Government is not competent to grow the economy?

If it is lack of confidence in the country’s economic future they should be brave enough to tell the Government to play their part in certain economic roles and also suggest ways to stimulate the relevant economic sectors that would help MARA achieve its socio-economic objectives.

Dr Hasnita said: “We want to make sure that our students end up with high paying jobs. So, we give them guidance on the areas and the industry. After graduation, we help them get jobs. Although unnecessary for us to do so, it completes the cycle.”

For Dr Hasnita to say it is “unnecessary” for them to help their students get jobs is a reflection of how much she values and upholds the spirit of MARA.

She’s trying to say she’ll be doing students a favour – and she’s not too wrong about that – but at the same time she believes she is not obliged to do it and has no duty towards ensuring it happens – despite her drawing a high salary and perks.

Secondly, she ignores the bigger picture whereby getting a job is not the endgame but that these students should also as far as possible be in a position to contribute back to society.

Dr Hasnita’s definition of a “complete cycle” is sub-standard and flawed.

Hamidah Karim, the editor of the book "A Second Chance - Life and Mission of Arshad Ayub" says in page 232 of the book (November 2007):

"A Second Chance is Arshad's own expression, as he lived the experience and subsequently tasted the sweetness of success that may come with life's second chances.

"In real fact the book is more about that; it is about commitment, how Arshad built three levels of commitment around this work.

"Firstly, his own vision for ITM vis-a-vis the supra objectives of the NEP; secondly, his strategy for marketing ITM graduates and making them more acceptable to the private sector and finally, ensuring that through their participation in the private sector they would further improve the position and future of the bumiputra community. With that the NEP objectives come full circle."

"... ensuring that through their participation in the private sector they would further improve the position and future of the bumiputra community".

It is also mentioned in the book:

"In addressing the new students, Arshad reminded them of their collective mission to prove themselves - first to their parents, then the community and finally, the government."

Therefore the Council’s job is not done merely if graduates are employed, with or without MARA’s help.
MARA should also help create jobs in the private sector, which they are well in a position to do so through partnerships with, say, multi-national companies.

Remember when DAP’s Dyana Sofea made loud calls to change the DNA of UiTM.

Now Dr Hasnita is trying to change the DNA of MARA and don’t be surprised if Dr Hasnita’s hazy “fission and fusion” plan is intended to also change UiTM’s DNA in the long term, namely to open UiTM to non Bumiputeras, to the detriment of Bumiputeras who are disadvantaged.

Here’s a hint of what Dr Hasnita has in mind, “While 60 percents of MRSM students will come from the B40 group, Hasnita believes that it is healthy to have a mix of races and social classes in educational establishments.”

Dr Hasnita’s “fission and fusion” vision and mission sounds like a plan to open the flood gates instead of focusing on helping Bumiputeras of the B40 group.

What will happen to those Malays of the B40 group who would otherwise have enrolled into MRSM but rejected because of that quota? Where are they going to go with no money to obtain a first class education?

How will MARA help them?

If MARA Council members do not have the heart, drive and passion to commit to the cause and stay the course, they should step down and make way for those who do.

Even a primary school student knows the expression "When the going gets tough, the tough get going".
That attitude is more valuable than a PhD in nuclear physics.

However, the present Council members seem spineless – when the going gets tough, they just throw the baby out with the bath water.

Indeed, I hope they were not appointed as Council members with the primary purpose of throwing the baby out.

(Astro AWANI is contacting Dr Hasnita for her comments.)

* Azmi Arshad who was the CFO of various public listed companies, is a no-nonsense blogger on issues close to heart, in particularly on nation building and current affairs.