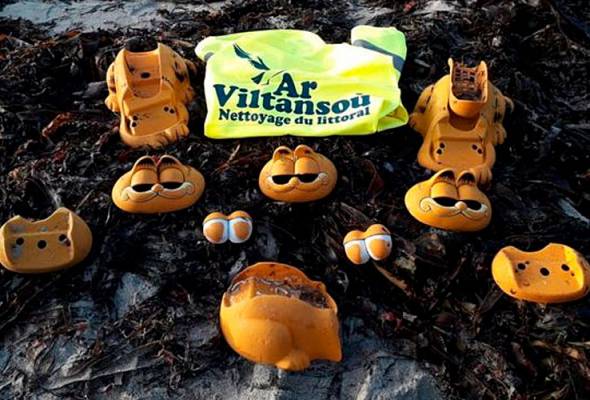 For more than 30 years, plastic phones shaped like the cartoon cat Garfield have been washing up on French beaches.

The mystery is now solved: a shipping container which washed up during a storm in the 1980s was found in a hidden sea cave
Fred Tanneau pic.twitter.com/mMs0fzS7mD