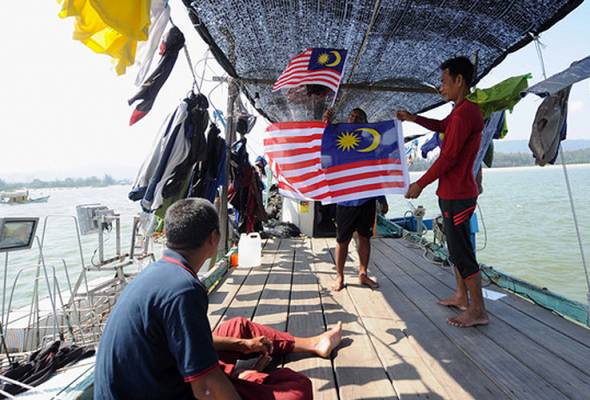 The Malays were great seafarers once dominated most parts of Southeast Asia. BERNAMA photo
Introduction

The Malays were great seafarers who once dominated most parts of Southeast Asia. For centuries, they built great kingdoms, huge monuments and pioneered maritime technologies in strengthening their grip over a huge maritime area extending from Madagascar in the West to the Indonesian islands in the East.

Nevertheless, most Malaysians particularly the Malays are unaware of this part of their own glorious history. Malaysians are mostly fed colonial history of the country showcasing the incompetence and weaknesses of the Malay rulers of the past that failed to withstand the encroachment of foreign imperialism. This is the part of history that the Malays would never be proud of.

The Malay Archipelago, or Nusantara, as it is popularly known, is the largest archipelago in the world, extending from Sumatra in the West to the Spice Islands in the East.The Malay race refers to Austronesian peoples, namely the inhabitants of the Malay Archipelago from Sumatra to the Philippine islands such as the Minangkabaus, the Bugis, the Bataks, the Javanese, the Sundanese and the Makassarese.

Glorious Malay Empires of the Past

Srivijaya was the first united Malay kingdom to dominate much of the areas of the Malay Archipelago.This lost-lost forgotten empire was brought back to memory by a French historian, George Coedes.

Established in the seventh century AD by a Hindu Malay Maharaja, Dapunta Hyang Sri Jayanasa erected the capital of Srivijaya in Palembang, situated almost equidistantly from the Strait of Malacca and the Strait of Sunda. Srivijaya participated actively in a growing world economy at that time and prospered by engaging in extensive commerce in camphor, cloves, sandalwood, nutmegs and other valuable commodities with traders and merchants from different parts of Asia, namely China, India and the Middle-East.The Maharajas of Srivijaya were great conquerers putting much of Southeast Asia within its influence extending beyond the modern territory of Indonesia. Arab accounts recorded that the empire of the maharaja was so vast that in two years the swiftest vessel could not travel round all its islands. A western historian, Nicholas Tarling asserted that the success of Srivijaya resulted from Malay nautical skill and organising initiative and of opportunity.

The core economic and political power in the Malay Archipelago shifted from Sumatra to the island of Java in 1293 AD. From the capital city of Trowulan in east Java, Majapahit territories expanded significantly in the 13th century AD throughout the Malay Archipelago, which included Sumatra and the Malay Peninsula, Borneo, Celebes, Moluccas and Mindanao. It generated wealth through agricultural produce, particularly rice, and also through maritime trade that went through its archipelagic straits.With such large territories, Majapahit traders accumulated raw materials from its hinterland to be traded at the port. These included pepper, salt and coconut oil from Java, spices from the Moluccas, ivory from Sumatra, tin and lead from the Malay Peninsula to be exchanged with textiles from India and porcelain from China. By the 13th century AD, Majapahit replaced Srivijaya and became the foremost centre of commerce in Southeast Asia.

With the weakening of Majapahit in the fifteenth century, Malacca became the next kingdom to take command in controlling trade in the Malay Archipelago. Established by Parameswara, a prince of the disintegrated Srivijayanempire, this kingdom had a profound influence on the Strait of Malacca, so much so that the name of this once powerful Sultanate is immortalised in one of the busiest straits on the planet. By late 14th century, Malacca began to increase its influence as a centre of trade. The Sultanate of Malacca prospered until 1511 as a crucial link in world trade. It was said that the population of the port of Malacca before the fall of the Sultanate was probably around 100,000, and thus, was as large as that of other European cities of the time, such as Naples and Paris.

On the other side of the South China Sea, the Malay kingdom of Brunei dominated Borneo for hundreds of years. The name ‘Borneo’ is said to derive from a corrupted version of the name ‘Brunei’. During its golden age in the fourteenth and fifteenth centuries, Brunei held an influential grip over the entire coastal areas around Borneo. It also established the satellite Kingdom of Maynila in the modern day city of Manila before it was taken over by the Spanish. In 1578, the Spanish began its aggressive campaign against Brunei ransacking its capital, Kota Batu, before razing the city down to the ground. The Malay leaders of Brunei at that time managed to lead the disarrayed Bruneian troops to ultimately oust the Spaniards on 26 June 1578, just 72 days after the fall of Kota Batu. If not for the bravery and courage of the Bruneian Malays, Brunei may have ceased to exist and annexed as part of the Spanish empire. Unlike Malacca, Brunei was not short-lived and remains a sovereign State to this day, indicating the strength of the Malays to withstand colonisation.

Besides possessing far-flung empires, historical accounts have also proven that the Malays have erected huge monuments in the past. The Malays have long forgotten about the amazing structures built by their ancestors, only then to be rediscovered by European explorers and historians. These monuments are centuries old and mostly are in the form of temple buildings and complexes. Borobudur Temple for example, is the largest ancient monument ever to be erected in the southern hemisphere. This temple was constructed within the time span of 75 years during the reign of Maharaja Samaratungga in the year 825AD.The Kingdom of Srivijaya was also said to have built the gigantic eleventh-century Muara Takus Temple in the depth of the rainforests of Riau, Sumatra. The Kingdom of Melayu, a former vassal of Srivijaya was responsible in the construction of the eleventh-century Muara Jambi Temple Complexes in Jambi. The bygone days of the golden age of the Old Kedah Kingdom is evident in the number of temples now preserved in Lembah Bujang, Malaysia.

In addition, the island of Java itself is home to hundreds of ancient Hindu temples dotting across the island, the largest being the Prambanan Temple in Central Java.These huge temples were manifestations that the Malays or in a larger scale, the people of the Malay race, possessed technologies to build large temples and monuments. Unfortunately, these glorious moments of their history remain forgotten particularly by Malaysians.

The archipelagic character of maritime Southeast Asia meant that transportation by sea is the best way to travel within the region particularly in ancient times. The maritime prowess of the Malays of Srivijaya was documentedin the carvings on the wall of the temple of Borobudur, depicting an eighth century wooden double outrigger vehicles of Maritime Southeast Asia. Historians believe that the vesselscarved onthe walls of Borobudur are most likely were the type of vessels used for trade and military expeditions in this region. Furthermore, the formidable influence of Srivijaya had made itpossible for the Malays to penetrate thousands of miles into the Indian Ocean contributing to the population of Madagascar in Africa that took place around 830AD.

On the other side of the world, W. Lloyd Warner, a western historianacknowledged that the Malays had established contact with the coastal Australian aboriginal groups in Arnhem Land and traded with them prior to European settlement in Australia in the sixteenth century. He contended that the Malays made early voyages down through the Malay Archipelago and the Arafura Sea to the northern coast of Australia. These instances show that the Malays were great seafarers that have ventured beyond Southeast Asia from Madagascar to Australia, an episode of history that the Malays, regardless of their nationalities, should take pride in.

From mighty empires to monumental structures to astounding seafaring skills, it is beyond doubt that the Malays have long and glorious history that they can be proud of. Unfortunately, these episodes of their remarkable yesteryears are not properly embraced and not taught particularly in Malaysian schools. The Malaysian version of Malay history is limited to the chronicles of the Sultanate of Malacca followed by hundreds of years of colonial history. The Sultanate of Malacca is just a tiny fraction of what the Malays have achieved in the past.

While the Chinese, regardless of their nationalities, takes pride in the Great Wall of China, the Indians with their graceful Taj Mahal, the Koreans with the grandeur of the Sungnyemun Gate and the Scandinavians with their courageous Viking legacy, the Malays in Malaysia particularly are largely unaware of their glorious history outside the scope of the Sultanate of Malacca.

Japan rose as a great world power and actively took part in World War II prior to the bombing of Nagasaki and Hiroshima in 1945. Nevertheless, to rebuild pride amongst its people, Japanese history books emphasised more on its success in empire building without focusing too much on its dramatic defeat to the Allied Forces. South Korean history books too, focused more on its glorious past rather than reiterating accounts during colonial times. In addition, Thai historians keep reinstating the fact that they were never under foreign rule despite the fact that Thailand was under Japanese influence in mid-1900s. As a result, Japan, South Korea and Thailand have been successful in nurturing younger generations that take pride in their racial and national identities.

‘Sejarah membentuk jati diri’ – This Malay maxim is true in its very sense. It is impossible for the Malays to have strong jati diri (identity) if they are continuously fed with hundreds of years of colonial history in schools. Malaysia should emulate the Japanese, the Korean and the Thai approach in inculcating pride amongst its nationals.

Malaysia is celebrating its 58th birthday this year. As Malaysia’s largest ethnic group, the Malays, alongside their non-Malay compatriots, play significant role in driving Malaysia towards success.The Malays should take pride in their identity. It is vital to pick and choose history that should be told and should be left untold. This is the time to remind younger generations of the Malaysabout their forgotten glorious history of success, eminence and prominence,to build a better, stronger Malaysia.

*Mohd Hazmi Mohd Rusli (Ph. D) is a senior lecturer at the Faculty of Syariah and Law, Universiti Sains Islam Malaysia and a visiting professor at the School of Law, Far Eastern Federal University, Vladivostok, Russia.

**Views expressed here are personally of the author's and does not necessarily reflect Astro AWANI's.
#history#Malays#seafarers 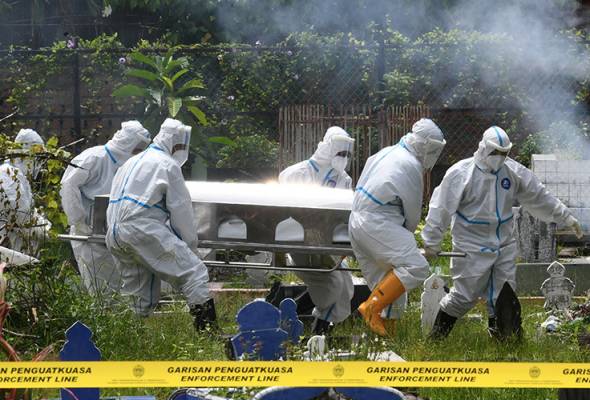 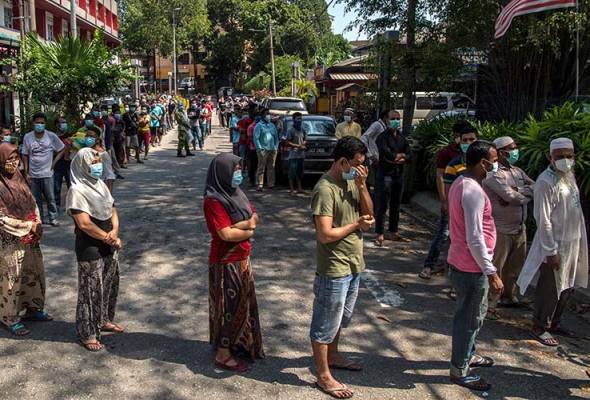 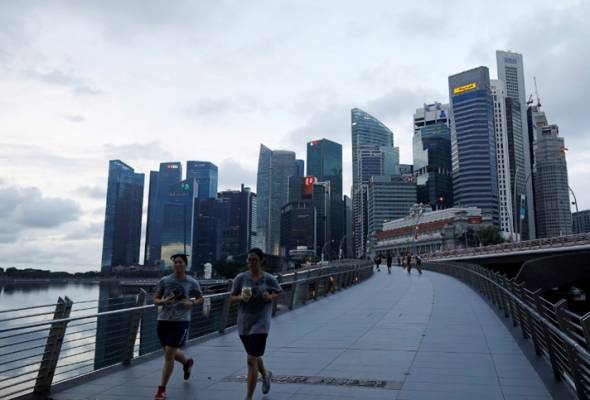