Smart meter first phase to roll out next year in Melaka

TNB's plan to deploy its Advanced Metering Infrastructure (AMI) or 'smart meter' to 8.5 million customers in the country is progressing well. 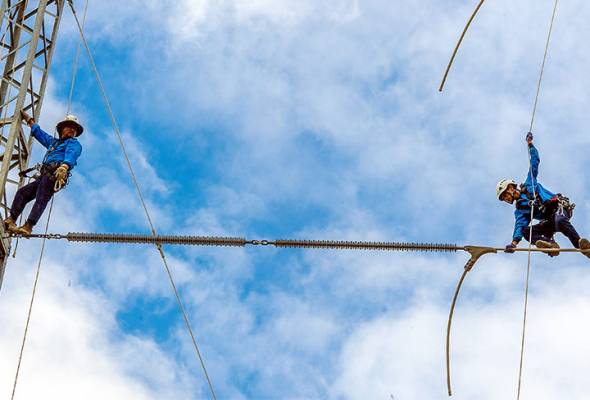 A RM9 million fund included the infrastructure and implementation system as well as the connectivity and communication router. - File Photo
Tenaga Nasional Bhd's (TNB) plan to deploy its Advanced Metering Infrastructure (AMI) or 'smart meter' to 8.5 million customers in the country is progressing well, with its first phase to be rolled out for consumers in Melaka next year.

About 300,000 houses in the state will replace their traditional meter to a smart meter, an electronic device that records consumption of electric energy in intervals of an hour or less and communicates the information at least daily back to the utility for monitoring and billing.

Speaking to reporters at a recent TNB media familiarisation tour, Senior Manager for the TNB Smart Billing project, Datin Siti Laila Sri Asih S Garieb, said thanks to the smart meter plan, customers will soon be able to access real-time information on their power usage as well as monitor the pattern and disruptions.

"This device will allow us to monitor our customers' usage, helping them save their electricity bills and educating them on our carbon footprint initiative, so it's a win-win situation," she said, adding that the smart meters will also enable two-way communication between the meter and the central system.

According to Siti Laila, the energy provider successfully conducted a pilot project last year involving 1,000 houses, (800 in Melaka and 200 in Putrajaya) using a RM9 million fund provided by the government, to understand the technological, regulatory and customer challenges.

"People might think that this technology will only attract those high-end users living in bungalows or semi-D houses, but our survey shows that those in terraces and low-cost houses are also keen to have this new device, especially landlords renting their houses to tenants," she added.

Siti Laila said the RM9 million fund included the infrastructure and implementation system as well as the connectivity and communication router.

"Soon after Melaka, houses in other states will get their digital meters changed to the smart meters with no payment required, and hopefully we will be able to complete the implementation in the country by 2021," she said without disclosing the fund involved.

The smart meter technology is imported from France and the United States. ABI Research, the US-based leader in transformative technology innovation market intelligence, says there will be 780 million smart meters installed by 2020 worldwide.

Countries that have rolled out the smart meter include Italy with 30 million installed, Japan (12 million), Saudi Arabia (12 million) and Sweden (5.2 million).
#Melaka#TNB