The implementation of the Goods and Services Tax (GST) on April 1 will have a minimal impact on ticket sales for TGV Cinemas. 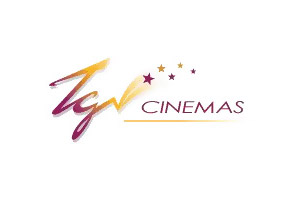 He said cinema ticket prices in the country are still the lowest in the region, and the six per cent GST is unlikely to deter the public from going to the movies this year.

"We are supportive of the GST although we are facing a challenging situation now because we have to pay a 25 per cent entertainment tax and another tax in the form of GST," he told reporters after the launch of the company's latest cinema, its first in Sabah and Sarawak, at Permaisuri Imperial City Mall here today.

The Entertainments Duty Act 1953 imposes an entertainment tax on entertainments such as cinemas, nightclubs, stage shows, exhibitions, performances, amusements, games and sports, or any other activity stipulated by the Ministry of Finance (MoF) that imposes entry fees.

Gerald said TGV Cinemas plans to open six more cinemas nationwide including one in Kuching later this year, which will be the first IMAX cinema in Sabah and Sarawak.

With the five new cinemas including in Miri, TGV Cinemas now has 28 multiplex cinemas with 225 screens and a total capacity of 39,100 seats.
#Goods and Services Tax#Lee Kim Shin#TGV Cinemas