The PKR vice-president was today charged on two counts of sending a fake TIME magazine cover image via Facebook. 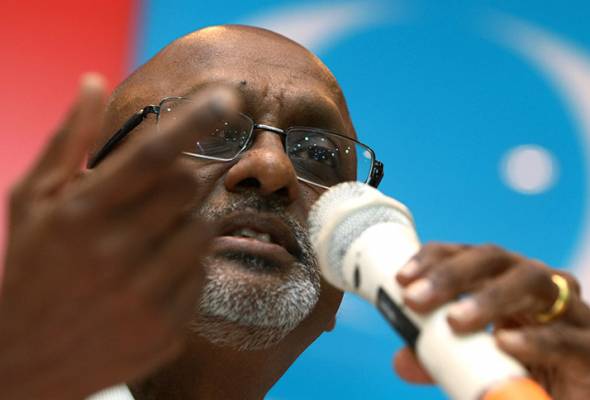 Sivarasa pleads not guilty and claims trial to the charge. - Filepic
Subang parliamentarian R. Sivarasa was charged at the Sessions Court here today on two charges for sending a fake image through Facebook, last March.

The 60-year-old lawyer pleaded not guilty and claimed trial after the charges were read before Judge Amernudin Ahmad, this afternoon.

Sivarasa, who is also PKR vice-president, was charged on two counts of sending a fake TIME magazine cover image via Facebook with the intention to offend others.

He allegedly committed the offence at the 11th floor, Tower A, Pandan Capital, Jalan Pandan Utama, Pandan Indah, here, at 7.41pm on March 22 and at 4.59am on March 23.

Prosecution against him was made in accordance with Section 233 (1) (a) of the Communications and Multimedia Act 1998, punishable with a fine not exceeding RM50,000 or imprisonment of not more than one year, or both.

The court set bail at RM2,000 personal bond without a guarantor and fixed May 27 for case mention and submission of documents.