The carnage in Sri Lanka on Easter Sunday has been condemned by people everywhere. Police and forensic officials inspect a blast spot at the Shangri-la hotel in Colombo, Sri Lanka, Sunday, April 21, 2019. - Filepic/AP
THE carnage in Sri Lanka on Easter Sunday has been condemned by people everywhere. Individuals and groups from different faith traditions have not ceased to emphasise that the mass slaughter of at least 321 persons in churches attending Easter services and in hotels on 21st April is a heinous crime in the eyes of any religion.

It is important to highlight this because there are voices --- among them from the Sri Lankan government --- that are saying that the carnage in Sri Lanka was revenge by a local extremist Muslim group, the National Thowheeth Jama’ath for the massacre of Muslim worshippers at mosques in Christchurch, New Zealand by a White supremacist on the 15th of March 2019. How can a little known group in Sri Lanka claim to take revenge on behalf of the 51 who perished in Christchurch when some of the closest relatives of those killed in the massacre have asserted in public that they have forgiven the supremacist? Compassion and empathy for Muslims from New Zealanders a sizeable segment of whom are Christians reciprocated by Muslims in the country and elsewhere with a profound sense of appreciation and respect for the people of New Zealand and especially its Prime Minister, Jacinda Ardern set the tone of the post massacre atmosphere. Revenge and hatred were banished to the margins of society. Seen from another angle, an Australian academic has argued that the revenge theory is “nonsense” and has been trotted out to cover up for the inability of a dysfunctional government to manage security.

If one is looking for motives for the Sri Lanka carnage, they may be related to other factors. The positive atmosphere that emerged and evolved from the Christchurch tragedy is anathema for those bigots and fanatics who are hell-bent on fuelling hatred and conflict between communities. Such elements can be found among both Muslims and Christians. Even others, including those who are aggressively atheistic have at different times in history deliberately sought to drive a wedge between the two communities. I see the Sri Lanka carnage as a well-orchestrated manoeuvre to thwart Christian- Muslim amity which manifests itself in Palestine and is growing in the Boycott, Divestment and Sanctions (BDS) movement directed against Israeli occupation. This then is the real link between New Zealand and Sri Lanka. The carnage in Sri Lanka allegedly perpetrated by a Muslim group has been manipulated to negate and nullify the positive vibes between Muslims and Christians emanating from the aftermath of the New Zealand massacre.

There is perhaps another reason which also explains the Sri Lanka episode. It serves the purpose of perpetuating the image of Islam and Muslims as inclined towards terrorism and violence. This image of the religion and its followers has been assiduously cultivated by religious followed by secular elites in Europe for more than a 1000 years and precedes even the crusades. Perpetuating it has become even more imperative today since non-violent modes of struggle --- like the BDS movement ---- are becoming more prominent. As they gain traction especially among Europeans, Israel and the United States are becoming increasingly desperate. It is more difficult now to convince even some of their allies that Israel’s existence is threatened by militant, terror oriented Palestinian and other groups. After Christchurch where Muslims were victims of violence, some have taken it upon themselves to remind the world that Muslims are, all said and done, still perpetrators of violence.

Indeed, the Sri Lanka carnage compels us to develop a deeper understanding of terrorism itself. Since ISIS claims to be behind the carnage, one has to ask searching questions about ISIS itself. How did ISIS emerge? Who is helping to sustain ISIS? Who created Daesh ? Or for that matter, who sired Al-Qaeda? Isn’t it obvious that many of the terror outfits we know today are linked to geopolitics and the pursuit of global dominance and power?

In the face of such cynical manipulation of terrorism by the powerful and their readiness to resort to unfettered violence, it is incumbent upon the adherents of all religions to accord much more emphasis to the values and principles that they share in common. It helps to repudiate any attempt to play one religious community against another. In the process, it reinforces a moral bond that transcends conventional religious boundaries and enhances our collective consciousness as human beings committed to justice and to a shared human dignity.


* Dr. Chandra Muzaffar is the President of the International Movement for a Just World (JUST). 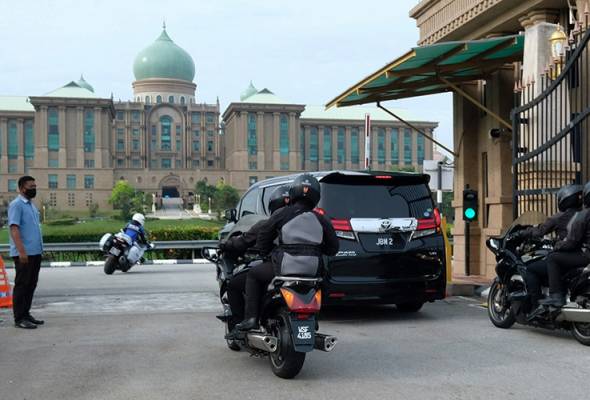