Dr Mohd Lutfi Fadil is the sole Malaysian representative selected from over 18,000 nominations from 186 different countries. 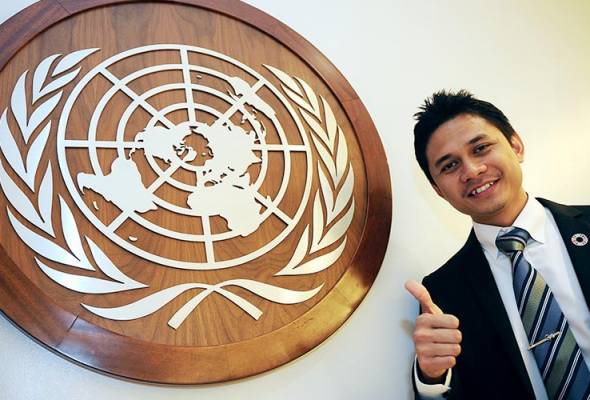 The announcement was made on Sept 19 at the Social Good Summit in New York.

The 29-year old newly-wed was selected from among 18,000 nominations from 186 countries based on the work of his initiative.

The Young Leaders Initiative is powered by the Office of the UN Secretary-General’s Envoy on Youth and is part of the Global Youth Partnership for Sustainable Development Goals, launched in 2015.

Who is Dr Mohd Lutfi Fadil ?

What drives him to where he is now?

• Due to regular involvements in voluntary work, he realised the disparity of healthcare in the society.
• His injury during his final year as a student left a permanent tinnitus in his left ear, thus serve as a constant reminder that motivated him to start a non-government organization known as HBB.
• He interned in the Department of Public Health and Environment of WHO where he involved heavily in global health projects.

HBB was dedicated towards improving the health of vulnerable communities through sustainable health care efforts. It aims to build hospital where they are needed most.

The pilot project was in Phnom Penh, Cambodia and as the director of HBB, he seeks to build an impact in global health in the Southeast region and collaborate with WHO in the future.

Apart from his public contributions and achievements, he also shared his personal experience and stories on being a medical officer as well as his daily journey through his writing in his blog at http://lutfi-fadil.blogspot.my/