Jalil was made CEO of Aberdeen Islamic in 2010 - Former boss

It was around 2010, that we confirmed him as CEO of Aberdeen Islamic Asset Management, as it was called then. I can't remember his birthdate, but yes, he was in his late 20's when he was made a CEO. 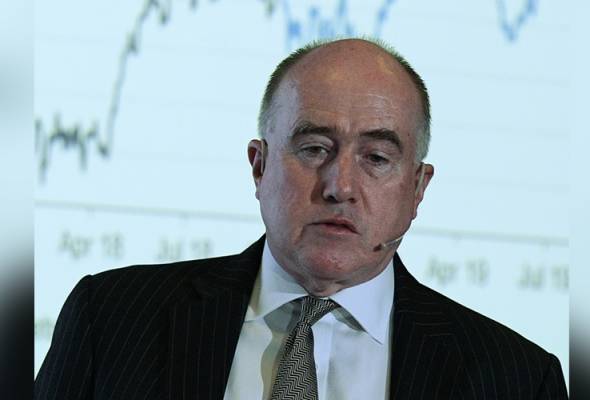 Gerry Ambrose, the CEO of Aberdeen Standard Islamic Investment Sdn Bhd, when contacted by Astro AWANI, confirmed that the company did make Jalil Rasheed the CEO at a young age.

“I can confirm that Jalil was made the CEO of Aberdeen Islamic Asset Management in 2010. I don’t know his exact birthdate, but in 2010, that would make him in his late 20's,” says Ambrose.

A previous article published by Astro AWANI stated that ‘A quick check with the past and present constituents of Aberdeen in Malaysia would get you varying certifications to this single claim’.

This however has now been well clarified by Aberdeen.

Ambrose has held a number of roles in Aberdeen since 2005. He was previously the Managing Director of Aberdeen Standard Investments (Malaysia) Sdn Bhd which he joined in 2005. Prior to joining Aberdeen, Ambrose was attached to several firms, including at Kim Eng Securities in Singapore, HSBC James Capel and BNP Paribas, both in London.

Most importantly, Ambrose was the immediate supervisor of Jalil Rasheed during the latter’s time at the firm.

“Aberdeen Asset Management hired him in mid-2005 as a graduate trainee. And he did very well. When we obtained our Islamic license in 2009, and after the original CEO left around mid-2010, I stood in as the interim CEO of the Islamic Business for a short while.

“It was around 2010, that we confirmed him as CEO of Aberdeen Islamic Asset Management, as it was called then. I can’t remember his birthdate, but yes, he was in his late 20s when he was made a CEO,” says Ambrose.

“When we had his CV with us, it clearly stated that he attended the Help Institute twinning programme with the London School of Economics (LSE).

“Isn’t this the same with someone graduating with a Monash degree by doing a course at Sunway University?

“We have full knowledge of this, and we know that he did not misrepresent his qualifications at all,” he added.

Ambrose recollected his former colleague’s role in Aberdeen during his time there.

“When he was with us, he did an excellent job. Worked long hours, grew the business well. The role suited him, and he suited the role,” he said.

Amongst the issues arising from it, is the hiring process, his academic records, as well as his past experience.

Meanwhile, news has surfaced that Jalil was summoned to the Securities Commission on June 11, 2020 to provide some explanation into his academic record. Astro AWANI has not been able to confirm this event as at print time.