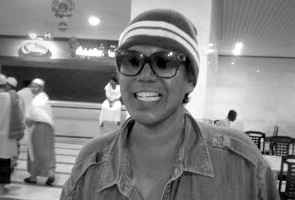 Quoting his niece who was only identified as Ina, the report said Juwie had been warded since mid-March. He was apparently in critical condition before undergoing surgery on Thursday.

The report also said Juwie's remains is expected to be laid to rest next to his mother's grave in Selayang Muslim Cemetery near here on Saturday.

"Arwah never regained consciousness after undergoing an intestinal surgery for the second time. The first surgery was conducted last March 23," the national news agency quoted him as saying.

Osman reportedly said, his brother had been receiving treatment at the hospital's intensive care unit for 12 days after the first surgery.

Artistes who had the pleasure of working with him included Ramlah Ram, Nassier Wahab, Kumpulan Gersang, Spring, and Jamal Abdillah.

In 1988, Juwie won the main award in Anugerah Juala Lagu (AJL) for Kau Kunci Cintaku Dalam Hatimu that was sung by Ramlah Ram, and in 1991, he again won the much-coveted award with the song Takdir dan Waktu by the band Mega.

Juwie was the first person to have won AJL's main award more than once.

Juwie first started out as an entertainment journalist with Berita Harian in 1974, before he moved to Utusan Malaysia in 1984.

His last position was the entertainment editor of Majalah Mangga which he held from 1995 until his retirement in 2008.

With Juwie at the helm, Mangga became the number one entertainment magazine in Malaysia, with sales reaching 200,000 copies in 1998.