After changing government through the ballot-box more than 18 months ago, many Malaysians are beginning to wonder what the future holds for this nation. 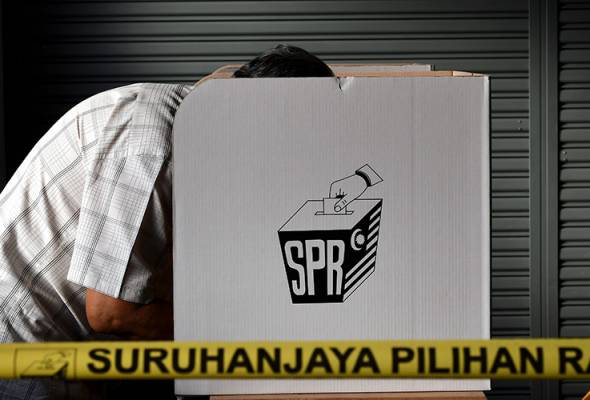 Candidates and parties competing in such constituencies would be constrained from making stark communal appeals in order to garner votes. - Filepic/BERNAMA
AFTER changing government through the ballot-box more than 18 months ago, many Malaysians are beginning to wonder what the future holds for this nation. Instead of being overly optimistic or unduly pessimistic, we should as rational, thinking citizens assess our situation with a degree of objectivity and balance. My own humble assessment suggests that there are at least 7 pillars of strength in our society just as there are perhaps 3 major pitfalls which in turn are linked to three possible solutions.

1) Acceptance of religious and cultural diversity

In spite of verbal eruptions now and then, Malaysians have over time developed a “live and let live” attitude. The vast majority of us accept that this is a land of different cultures and customs, rituals and religions, signs and symbols. This tolerance of differences --- though not ideal --- allows us to remain together as a nation. This is remarkable because Malaysia is undoubtedly one of the most complex multi-ethnic societies in the world where our differences stretch from geography to the economy, from language to politics.

This live and let live attitude is one of the many reasons why there has been very little communal violence in the country. With the exception of the “May 13th” Incident 50 years ago and a couple of minor skirmishes, we have been spared the sort of violence that has crippled less complex multi-ethnic societies. Violence once it becomes endemic emasculates a society and shackles it from achieving genuine social harmony.

3) Enduring consensus on fundamental religious, cultural and socio-economic
principles governing the nation as embodied in the Malaysian Constitution

It is seldom appreciated that on fundamental religious, cultural and socio-economic principles governing the nation as embodied in the Constitution there is a degree of inter-community consensus that one will not find in many other multi-ethnic societies. For instance the status of Islam as the religion of the Malaysian Federation has not been challenged by any community. Likewise, the right of non-Muslims to practise their religion
has never been an issue. The position of Malay as the national and official language has not been questioned by any group. Similarly, the right of non-Malays to study their language and to use it for non-official purposes is accepted by the Malay majority.

Even the principle underlying the Special Position of the Malays and the natives of Sabah and Sarawak has not been disputed by the other communities. If controversy continues unabated, it is in the interpretation and implementation of that constitutional provision especially in relation to socio-economic justice. That the Constitution also explicitly protects the “legitimate interests” of the other communities has not raised eyebrows among Malays or the Bumiputras of Sabah and Sarawak.

It is largely because the Constitution takes cognisance of the rights and interests of the different communities while seeking to preserve a just equilibrium that it has been able to perpetuate a consensus of sorts on potentially divisive challenges linked to religion, culture and socio-economic needs. It is this consensus articulated in the Constitution and practised in reality that is one of Malaysia’s perennial strengths.

It is significant that in 1970, 15 months after the 1969 riots the nation reiterated its commitment to the nation-building process through a national philosophy which while rooted in the Constitution and loyalty to King and country, expounded a vision of a united, just, democratic, liberal and progressive Malaysia that the vast majority of Malaysians could identify with. It is a pity that after the seventies, the Rukun Negara was accorded less
significance. There was no concerted endeavour to socialise the nation into a superb philosophy which could have helped to check exclusive religious tendencies and communal cultural trends. Nonetheless, the present elites continue to pay lip-service to the Rukun Negara.

By breaking down such identification through education, economic growth, social mobility and the New Economic Policy (NEP), functional interaction among the communities has been enhanced especially in the private sector. Unfortunately, the public services especially the civil service has become more mono-ethnic. It underscores the importance of unrelenting efforts to address ethnic challenges in a multi-ethnic society like ours.

With rapid urbanisation from the late seventies onwards, a sizeable number of Federal and State constituencies in Peninsular Malaysia have become more multi-ethnic.( A constituency is multi-ethnic when at least 30% of the voting population comprises ethnic groups that are not from the majority community in that constituency.) Candidates and parties competing in such constituencies would be constrained from making stark communal appeals in order to garner votes. By focussing upon issues that transcend ethnic boundaries they would be
contributing towards the process of making politics more multi-ethnic.

Orderly political succession at the very apex of the political hierarchy is of immense significance in ensuring political stability. Within the Malaysian context, the transfer of power from an incumbent prime minister to his successor has been smooth even if there have been times when there was a bit of uncertainty. The last such transfer was different in that it was not within the same ruling party. The opposition had come to power on the 9 th of May 2018. There may have been some anxious moments but in the end convention and
good sense prevailed. One hopes that the forthcoming transfer of power will also be orderly. It may be worth
recalling that the only time that an intended transfer of power failed to materialise and instead led to a huge political crisis was in 1998 and it involved Tun Dr Mahathir Mohammad and Datuk Seri Anwar Ibrahim --- the two actors who will determine the next political succession.

Having offered some reflections on our pillars of strength, let us examine briefly some of our
major pitfalls as a nation.

1) Conception of the nation

Many non-Malays, inside and outside the public arena have a skewed view of what the nation is. For them Malaya or Malaysia began after Merdeka. They refuse to acknowledge that Islam, the Malay language and the Malay Sultanates have had a profound impact upon the nation as we know it today. These dimensions of our history form the bedrock of our nation which is why they are integral to our Constitution. The failure to accept that Malaya emerged from Malay polities as implied in our Proclamation of Independence in 1957 is one
of the reasons why ethnic controversies in the country generate so much heat and do not seem to dissipate.

A segment of the Malay population also suffers from a psychological block. There is little understanding of how colonial migration, Chinese and Indian domicile and their eventual accommodation as citizens have changed the landscape forever. As citizens they have roles, rights and responsibilities which will not threaten the Malay position in any way if the larger challenge of integration is approached in a just and equitable manner.

2) Barriers in the economy and society

It is not just what we have inherited from history that stands in the way of unity and harmony. There are dichotomies and divisions in contemporary Malaysia that also impede integration. Class dichotomies that express themselves in yawning socio-economic disparities are far more significant in their impact upon the actual lives of people than ethnic differences. In fact, these disparities are often camouflaged through an over-emphasis upon the ethnic question in order to perpetuate elite power and privilege.

At the same time, injustices at the individual level are almost always perceived through ethnic lenses when availability of resources and socio-economic priorities may be far more decisive. These injustices become cannon fodder for politicians determined to perpetuate their power and influence through manipulation of ethnic sentiments.

What this suggests is that the obsession with politics and power in Malaysia as elsewhere has subverted noble attempts to nurture and nourish unity and understanding among the communities. There are numerous instances to show how worthwhile ventures in education, the creative arts, sports and in the economy which would have contributed to national unity have been stymied by politicians and their underlings pursuing their own narrow political agendas. Indeed, it is the misuse of politics and power --- more than any other activity ---- that is the bane in the quest for unity and integration.

This brings us to some proposed solutions to the malaise generated by these pitfalls.

1) Shared perspective on the nation’s past, present and future.

It is time that we develop a shared perspective on our past, present and future by using the
Malaysian Constitution and the Rukunegara as the starting point. Through a deeper
understanding of both these documents, we will develop a better grasp of the history and
evolution of this land and why certain principles and aspirations are fundamental to our
success as a nation. Such an understanding should not only lead to a deeper appreciation of
our rights but also a more profound commitment to our responsibilities as citizens. Making
all Malaysians aware of this should become a sacred mission.

2) An inclusive commitment to holistic justice

From the earliest days of our nationhood, there were elements in our policies and programmes that displayed an inclusive approach to matters of social justice. In a sense the two prongs of the NEP were both inclusive. This underlying principle should now be made the kernel of public policy. Need, not ethnicity, should be the basis of all policy making. In my very first evaluation of the NEP in the mid-seventies, I had argued for a needs approach. Such an approach has many advantages. It will reduce if not eliminate much of the ethnic angst which hinders national integration. It will curb vile attempts to misuse ethnicity to aggrandize one’s own position. It will endow real meaning to the notion of justice contained in the various spiritual-moral philosophies.

3) Integrity and accountability to temper politics and power

The 7 pillars of strength weighed against the 3 pitfalls suggest that in spite of everything there is hope. The solutions offered here are also feasible mainly because they are already part of the environment and do not require any massive transformation. The only question is whether Malaysian elites and Malaysian society have the will and the courage to initiate the changes proposed here?


* Dr Chandra Muzaffar has been writing and speaking on Malaysian politics since the early
seventies. He is the President of the International Movement for a Just World (JUST). 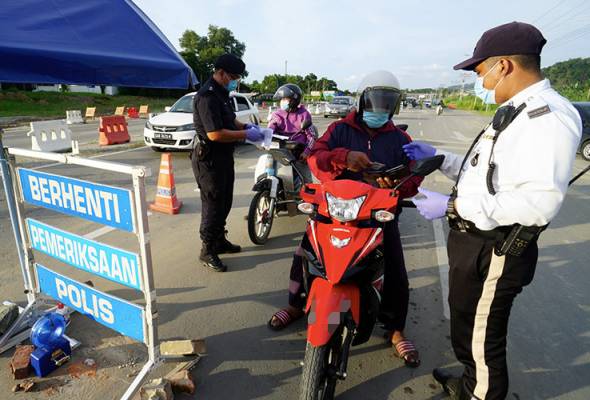